A Mohawk in the House

Memories of a pretty good day 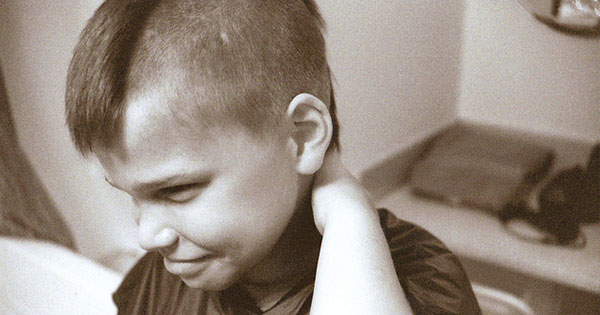 One time when my twin sons were small, and we three were on our own for a few days, as their mom and sister were away, we decided that the boys should have their hair cut by dad, because dad thought he could do roughly as good a job as the professional, and if dad did the barbering, then the boys could have the five bucks each that dad would have spent on the professional. So the boys, avid for cash, totally bought in to the idea, and the dad was totally invested, thinking, How hard could cutting four-year-old hair be?

So out we went into the yard with a chair and a scissors and light hearts.

It turned out to be harder than I thought, because the chair wobbled in the uncertain grass, and the boy in the chair wriggled, and his twin bounced around distractedly, causing more wriggling, and the birds came down from their sylvan parapets to watch, including a varied thrush, which you hardly ever see, and an inquisitive squirrel inched down the cedar tree, which excited the dog, causing more wriggling, and I made a major surgical error with half the hair of the boy in the chair.

We paused to take stock of the situation.

Essentially it was a disaster—the boy in the chair now looked like the lead guitarist from an insipid ’80s mullet band—and there was nothing to do but try to balance the mistake with radical surgery on the other side. After that, though, his hair fore and aft stuck out like he had a tiny surfboard in his hair, so I cut all that off too, and tried to even out the remaining vegetative growth, with some success, although now his head looked eerily like the lawn, in which some patches grew furiously and others reluctantly, but by now the boy in the chair was restless beyond endurance, and his twin brother was itching for his turn, so they traded places, and the whole unfortunate story played out again, as if, even though I had quite clearly remembered the past, I was condemned to repeat it, at least upon the pate of my next son, who swiftly looked like Joe Strummer in his brief Mohawk period, which set his twin brother to laughing so hard he fell down, and got twigs in what remained of his hair.

I was awfully tempted to leave the Mohawk on my son, because he was cool with it, knowing it would awe the neighbor children and annoy his older sister, and because you hardly ever see a four-year-old with a major Mohawk, and because even the word Mohawk is cool, honoring the Bear People of what was for many years the great Iroquois Confederacy of eastern America, in which the Mohawk were the Keepers of the Eastern Door against invaders from east and south. Also his twin brother was cool with it, because having a brother with a towering Mohawk makes you cool by association, and also we had two days yet before the mother and the sister were due back from gallivanting, so finally we took a vote, and weighed pros and cons like sensible men, and decided that as it was Sunday, he could keep his Mohawk all day long, but that I would snip it before he went to bed, and this we did that night, on the porch, right after I handed each boy a crisp five-dollar bill, as promised.

All in all this was a pretty good day, as the non-Mohawk twin said to me sleepily, after I finished telling the boys stories and tucking them in. We saw a thrush, and there was a Mohawk in the house. Even now, all these years later, that last seems like a particularly lovely sentence to me, one that I will always be happy I heard.