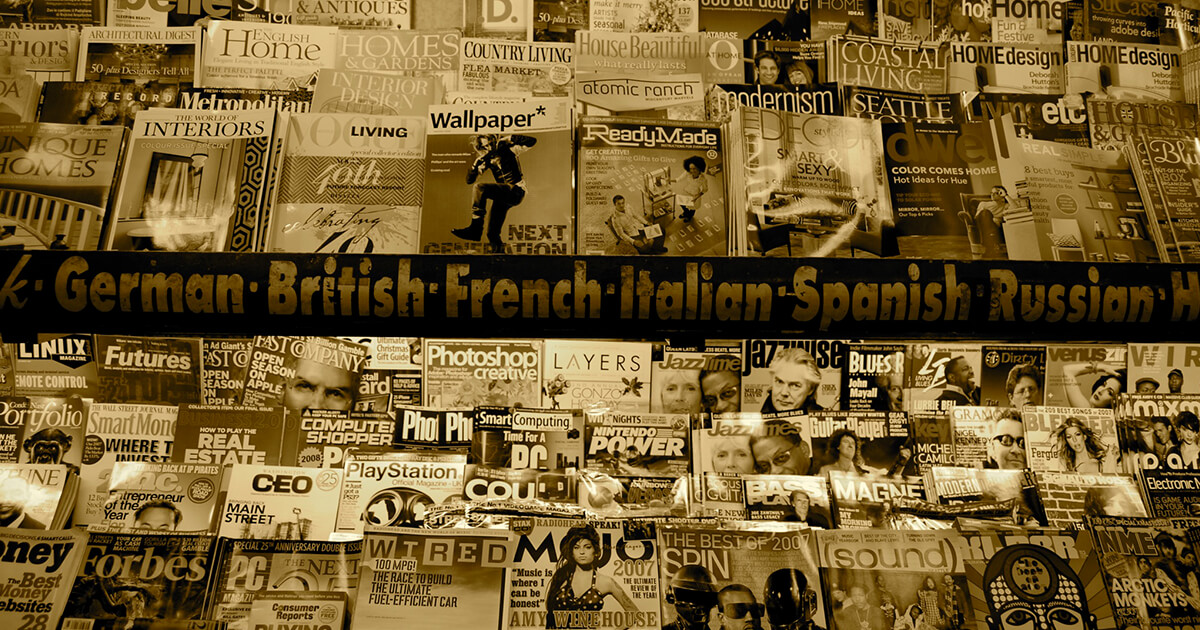 “Like putting a match to your money.” That’s what I told my investment partners about our prospective purchase of an ailing weekly newspaper in 2010. After all, “everyone” knew that print was dying, if not already dead—so my clear-eyed realism was meant to impress them. But now, almost a decade later, I’m pleased to report that the paper’s print edition is thriving. What happened? Is the success story of the Rappahannock News, a small newspaper in a small Virginia county, sui generis? Or is it representative of a broader trend, evidenced by the resurrection of independent bookstores and the relative decline in e-book sales?

Precisely because the Rappahannock News is so small, the lessons may be large. That’s my hypothesis, anyway: the media mantra of “scaling up” and “monetizing eyeballs” is a siren song. Print publications that are thriving focus not on the quantity, but the quality, of their readership. Or for those who think of reading as a form of nourishment, a good analogy might be the “Eat Fresh, Eat Local” food movement in reaction to industrialized agriculture and packaged, processed products of grocery chains. When we analyze the best and most successful print products, money should not be our only metric.

“Losing money” was the ostensible reason the Rappahannock News was for sale back in 2010, and the owner was threatening to close it. But it was unprofitable only because its cash flow was not sufficiently feeding the corporation that owned it. How that need was shared by the absentee owner’s many newspapers may have looked logical from an accountant’s point of view, but it made no practical sense. The corporate needs included the CEO’s inflated salary (at many multiples of the company’s editors or ad directors), so the paper’s allocation felt like a vassal’s tribute.

The corporate management’s relationship with the community served by the newspaper was almost nonexistent. Rappahannock County was simply too small (and generating too little revenue) to merit much attention. With a population (roughly 8,000) little changed in size since the Civil War, the county lies 65 miles west of Washington, D.C., right on the fault line of blue and red America. Its county seat is also called Washington, surveyed by the future first president many years before American independence. Thus it is often referred to as “Little Washington” or “The First Washington of Them All.” The county is perhaps best known for The Inn at Little Washington, the first and only Michelin three-star restaurant in the Mid-Atlantic region and the county’s largest private employer.

Because of restrictive zoning, Rappahannock County has avoided the suburban sprawl that defines much of the Virginia and Maryland countryside around the nation’s capital. Instead of subdivisions and shopping malls, there are farms, manor houses, and villages. This pastoral quality attracts well-off weekenders and retirees, who typically vote Democratic and are sometimes resentfully referred to as the “Inn Crowd.” Like the rest of rural America, Rappahannock natives and make-believe natives tend to vote Republican. Elections commonly see a 55/45 red/blue split.

To transcend this fragmentation should be, I believed, the newspaper’s very first goal, and mine as the publisher. Under prior ownership, the paper’s targeted audience seemed to be that affluent “Inn Crowd”—with far more news attention to art shows and culinary-themed fundraisers than, say, high school sports. We immediately broadened the coverage. And though my weekly editorials, with their environmental focus—e.g., riparian barriers to keep cow poop out of streams—could be construed as “liberal,” I always signed them and never used the editorial “we.” That way, people might get mad at me, but spare the newspaper. Opposing views were always encouraged.

As a forum for discussion, not shy about controversial subjects, the paper become required reading for all sides. I don’t believe we ever failed to publish a letter to the editor, no matter how shrilly critical. Such controversies spur reader engagement. Even what passes for the paper’s competition—a local listserve and on-again-off-again websites—are animated by their opposition to newspaper stories, which set the county’s conversational agenda. The echo chamber of cable news was not our template. Building on this success, local citizens formed a nonprofit called Foothills Forum three years ago to fund in-depth reporting and longform journalism exploring critical issues like healthcare and rural cellular/broadband service.

The appearance of each new edition of the Rappahannock News is now a much anticipated weekly event. If subscribers don’t get their paper on time, they call the office, send emails, leave grumpy messages on the newspaper’s website, or drive many miles to pick up a replacement copy. The important word here is “subscribers.” Newspapers and magazines that adopt the “controlled circulation” business model—free copies for readers whom advertisers want to reach—are in effect adopting the Internet business model, where “content wants to be free” and readers are the product to be sold. But unlike on the Internet, hard copies of newspapers and magazines involve substantially more delivery costs—paper, printing, and distribution.

Cost is only part of the problem, however. When readers pay for newspapers or magazines as subscribers or newsstand buyers, they value the product. They won’t automatically toss it in the trash can, as is the common fate of publications deposited, unannounced and unrequested, on people’s doorsteps or in their mailboxes. In contrast, when readers pay for a publication—no matter how nominal the price—they’re more likely to actually read it, or at least scan it. And so they are more likely to pay attention to the ads as well.

Rappahannock News subscriptions and newsstand sales on average reach more than 70 percent of adults in the county (made more probable, perhaps, by the county’s older population and inadequate broadband access). Thus the paper offers advertisers total market coverage without giving away a single copy for free. To access all of the content on the newspaper’s website, readers also have to subscribe.

What explains the paper’s success? Perhaps its very smallness. My argument’s premise goes back to the first job I had in what would become a lifetime career in publishing. When I asked the Scripps Howard editor-in-chief, months later, why he had hired me to be a cub reporter, he answered: “You never asked what your salary would be!” In this concise bluntness was embedded the worldview that the search for truth was more important than mere money. A similar motivation animates nonprofits like Foothills Forum.

By the 1980s, however, media companies had become so flush with cash that they fell victim to the Wall Street worldview. “Maximizing stockholder value” became the main mission, and bigger was always better. Eat-or-be-eaten mergers and acquisitions—not to mention generous dividends—were the focus, rather than investing in the future to meet the looming digital challenge.

Arguably America’s most successful money man is Warren Buffet. So when he invested many millions a few years ago in acquiring small- and medium-sized newspapers, it seemed much different from his typical financial play. In recent interviews, moreover, he seems less than sanguine about the future financial feasibility of publications that depend on ad revenue. What inspired his acquisitions was his belief in newspapers’ mission to create an informed citizenry. Communities served by these newspapers may not be shareholders, but they are most certainly stakeholders. For them and other stakeholders—like reporters, editors, creative directors—money is not paramount.

When money is not the only measure, what is small and unique can thrive. Whether the enterprise is scalable becomes irrelevant. The loyalty of individual readers and customers matters most; they are not just numbers to be subsumed in Big Data. Instead of relying on digital platforms and aggregators to create demand, successful print products foster a direct, tactile, even personal relationship with readers.

Whether in the form of newspapers, magazines, journals, or books, printed words on paper offer a much-needed antidote to the insidious scale of digital platforms invading every aspect of life today. Not unlike the products of a craft brewery or a farmers’ market, a local newspaper or literary journal is something to be slowly savored. No empty calories of clickbait to distract. Authentic nourishment, in short.