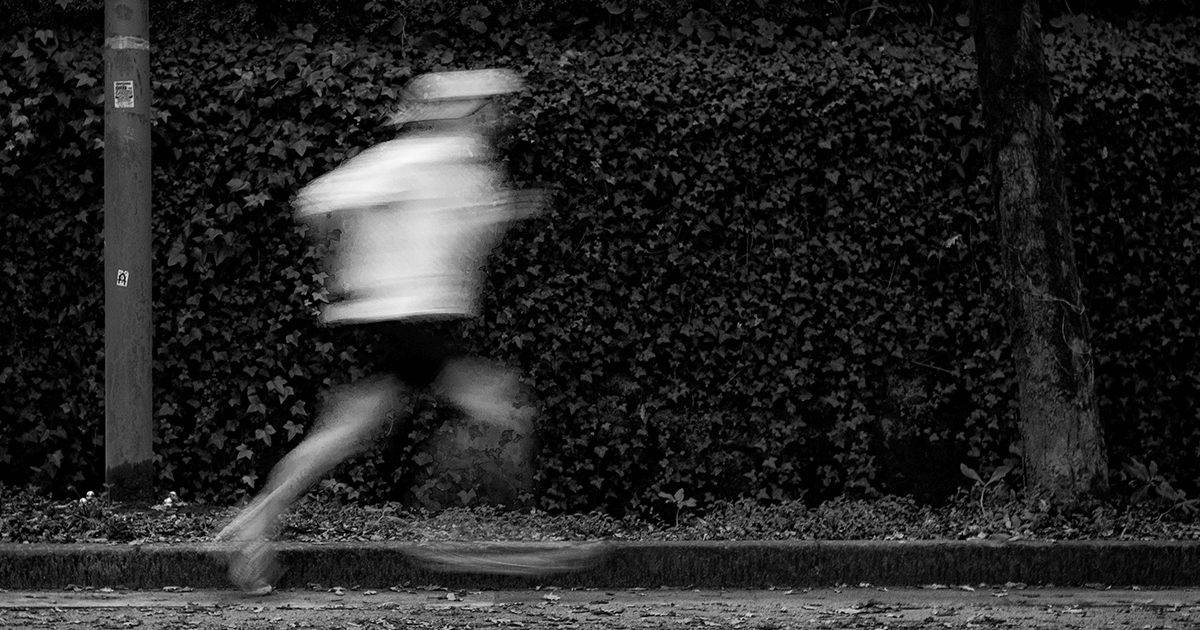 Da cien vueltas a alguien means run circles around someone, which is a phrase that to me calls to mind races where you must complete a certain number of laps to finish, and if you are slow, the fast runners will not only leave you behind at the very start but later come up on you from the rear and leave you behind all over again. It’s called doblar, to double. “Have I been ahead of him the whole race?” I’ve asked myself when a runner known to be fast streams by, and the answer is no.

Likewise, it’s possible to pass more than once runners who are much slower than you are. If you’re not used to the experience, it can be disconcerting to find ahead of you a rival you thought you had long ago left behind, as happened to me last year in Navelgas, where every August, during the village’s fiestas for the patron saint, a race is organized. At these fiestas del pueblo, which are usually celebrated during the summer over three or four days, an orchestra plays, a big meal is put on, and there’s a misa solemne, a high mass. At Navelgas, deep in the mountains and miles from anywhere, tables line both sides of the main street, and while the guests are still licking their fingers, the runners who come for the race line up, wait for the whistle, and when it comes, bound off.

We run six laps through the village, passing down that long street full of people tilted back in their chairs, eating and drinking, protected from the sun by canvas awnings over the tables. Children sit bunched together on the curb, toddlers wander about, parents laugh and move from one group to another, greeting friends and family. Food gets pushed to the middle of the table, dishes are piled up, waiters deliver coffee and return to the restaurants with hands full of crumpled napkins and empty glasses, maneuvering through the children, chiding gently. It’s like a big family, with the noise they make sounding from the outside like happiness. Which is why it’s nice to be on the outside, running by.

I took the lead among the women, increased it, and then settled down to maintain my pace, confident I could win in the female category. We were just a score of runners, half a dozen women. It was probably on the fifth lap that to my wonder I spotted a woman ahead of me, and my thought was how had I been so inattentive as to not know I wasn’t in the lead? I was catching up quickly, so my next thought was that she wasn’t a problem. As I sailed past, I congratulated myself on spectacularly outlasting a rival so far ahead of me I hadn’t even been aware of her. A lap later, I won the race. When my muscles stopped and my brain started again, it came to me that those who are ahead might actually be behind. Those who are behind might actually be first. That seemed very profound, and not less so because the observation has been made by others who could, at least figuratively, run circles around me.