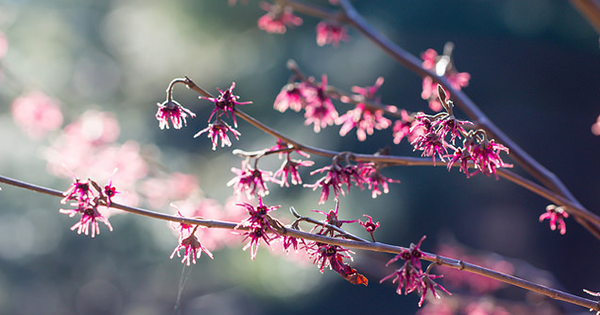 Plutonium is a very dense metal. When you hold a lump of it in your hand, it feels warm, like a live rabbit.

I am gradually approaching the period in my life when work comes first. When both the boys were away for Easter, I hardly did anything but work. Worked, slept, ate and went for short walks. But above all I worked. … No longer diverted by other emotions, I work the way a cow grazes.

There are things I remember that may never have happened but as I recall them so they take place.

When lilacs last in the dooryard bloom’d,
And the great star early droop’d in the western sky in the night,
I mourn’d, and yet shall mourn with ever-returning spring …
And thought of him I love.

In writing the short novel Fahrenheit 451, I thought I was describing a world that might evolve in four or five decades. But only a few weeks ago, in Beverly Hills one night, a husband and wife passed me, walking their dog. I stood staring after them, absolutely stunned. The woman held in one hand a small cigarette-package-sized radio, its antenna quivering. From this sprang tiny copper wires which ended in a dainty cone plugged into her right ear. There she was, oblivious to man and dog, listening to far winds and whispers and soap-opera cries, sleep-walking, helped up and down curbs by a husband who might just as well not have been there. This was not fiction.

When I was a freshman, one evening my date handed me the first violet of spring. I looked at it, told him its Latin name and then I ate it. It was our last date.

Young elm leaves lash and lip the sprays. This has been a very beautiful day—fields about us deep green lighted underneath with white daisies, yellower fresh green of leaves above which bathes the skirts of the elms, and their tops are touched and worded with leaf too. Looked at the big limb of the elm that hangs over into the park at the swing-gate, further out than where the leaves were open and saw beautiful inscape, home-coiling wiry bushes of spray, touched with bud to point them. Blue shadows fell all up the meadow at sunset and then standing at the far Park corner my eye was struck by such a sense of green in the tufts and patches of grass, with purple shadow thrown back on the dry, black mould behind them, as I do not remember ever to have been exceeded in looking at green grass. I marked this down on a slip of paper at the time, because the eye for color, rather the zest in the mind, seems to weaken with years, but now the paper is mislaid.

In May, in sunlight
The stone ship lies becalmed. Larks
Sing at the masthead.

From the early spring-time onward, there seemed no great difference in atmospheric sensations, and only a succession of bloom. After two months one’s notions of the season grew bewildered, just as very early rising bewilders the day. In the army one is perhaps roused after a bivouac, marches before daybreak, halts, fights, somebody is killed, a long day’s life has been lived, and after all it is not yet seven o’clock, and breakfast is not ready. So when we had lived in summer so long as hardly to remember winter, it suddenly occurred to us that it was not yet June. One escapes at the South that mixture of hunger and avarice which is felt in the Northern summer, counting each hour’s joy with the sad consciousness that an hour is gone.

When I play with my cat who knows whether I do not make her more sport than she makes me? We mutually divert one another with our play. If I have my hour to begin or refuse, she also has hers.

The words which are criticized as dirty are old Saxon words known to almost all men and, I venture, to many women, and are such words as would naturally and habitually be used by the type of folk whose life, physical and mental, Joyce is seeking to describe. In respect to the recurrent emergence of the theme of sex in the minds of his characters, it must always be remembered that his locale was Celtic and his season Spring. … Ulysses may, therefore, be admitted into the United States.

But doubts and loves
dig up the world
like a mole, a plow.
and a whisper will be heard in the place
where the ruined
house once stood.

Deprivation is for me what daffodils were for Wordsworth.

—Philip Larkin, interview with The Observer, 1979

They enter the new world naked,
cold, uncertain of all
save that they enter. All about them
the cold, familiar wind—

Now the grass, tomorrow
the stiff curl of wild carrot leaf
One by one objects are defined—
It quickens: clarity, outline of leaf

But now the stark dignity of
entrance—Still, the profound change
has come upon them: rooted they
grip down and begin to awaken