We teach by being ourselves 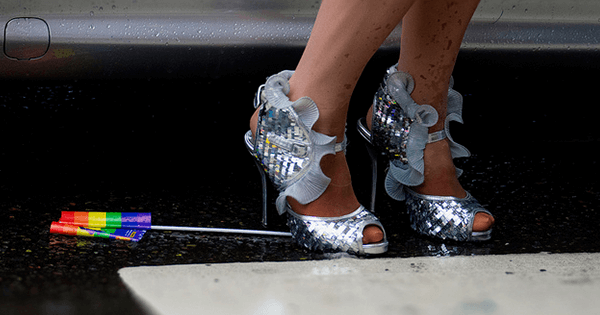 During my high school teaching career, I occasionally was visited by student teachers interested in working with me. “What is your philosophy of teaching?” one young man from Columbia Teachers College ponderously inquired. “My philosophy?” I said. “Okay here’s my philosophy: you can’t tell anyone anything ever.”

Harry Frankfurt, the Princeton philosophy professor (and author of the terrific On Bullshit) had a similar response when asked if university students are ever improved by the subject matter: “There’s practically no value in courses in ethics.” “What teachers can do,” Frankfurt offered, “is provide compelling examples.”

I think of this whenever I hear self-proclaimed trans “activists” (our community seems to be brimming with these) declare that it is the responsibility of each of us to “educate the public.” I’m all for being understood—I mean, here I am writing this—but all too often the “educating” they speak of amounts to administering a lecture at each perceived offense. Given what I know about teaching, there is, with rare exception, little chance for such “transplaining” to do any good.

At first, when people called me “Sir,” I didn’t know how to handle it. Now I just ask them to repeat what they said, at which point they generally catch on—and apologize. That’s teaching. If the misgendering is intentional, and if they happen to be at their job, I might go to their supervisor and let that person do what I can’t: confront an employee with real consequences. That’s also teaching.

But more than anything we say or do, we teach with our state of being—how we speak more than what we say, and how we carry ourselves. I think of the essential dignity of Arthur Ashe, Rosa Parks, and Fred Rogers. Also the unassailable passion of Sylvia Rivera, Lenny Bruce, and Malcolm X.

I mentioned there are rare exceptions, times when you can actually tell someone something. Many of us saw this two years ago when trans actress Laverne Cox appeared on Katie Couric’s daytime talk show. Couric had just interviewed Carmen Carrera, a trans model, and pumped her with questions about her anatomy, which Carrera deflected. When Cox came on the set she was ready—we all were—and she gave a deft synopsis of the human condition as it relates to trans people, concluding, “By focusing on bodies, we don’t focus on the lived realities of that oppression and that discrimination.”

A month later Janet Mock, another trans celebrity, had a similar encounter on CNN’s Piers Morgan Live. Morgan’s interview began with the nonquestion, “Had I not known your life story, I would have absolutely no clue that you ever would have been born a boy, a male …” and headed straight for the subject of surgery. The tabloidy subhead—WAS A BOY UNTIL 18—appeared beneath Mock during most of the interview. Morgan received instant blowback from the trans community, what one observer called an “apoplectic social media tidal wave,” that blindsided him. When Morgan tried to retaliate via Twitter, he soiled himself further, and when his show was canceled the following month, Time magazine cited the incident among the reasons.

I’m glad those folks went ballistic on Twitter. Social media isn’t my thing, but it’s theirs, and that’s the point: by being themselves, they were good educators. By the time Diane Sawyer interviewed (then) Bruce Jenner, the problem was solved.