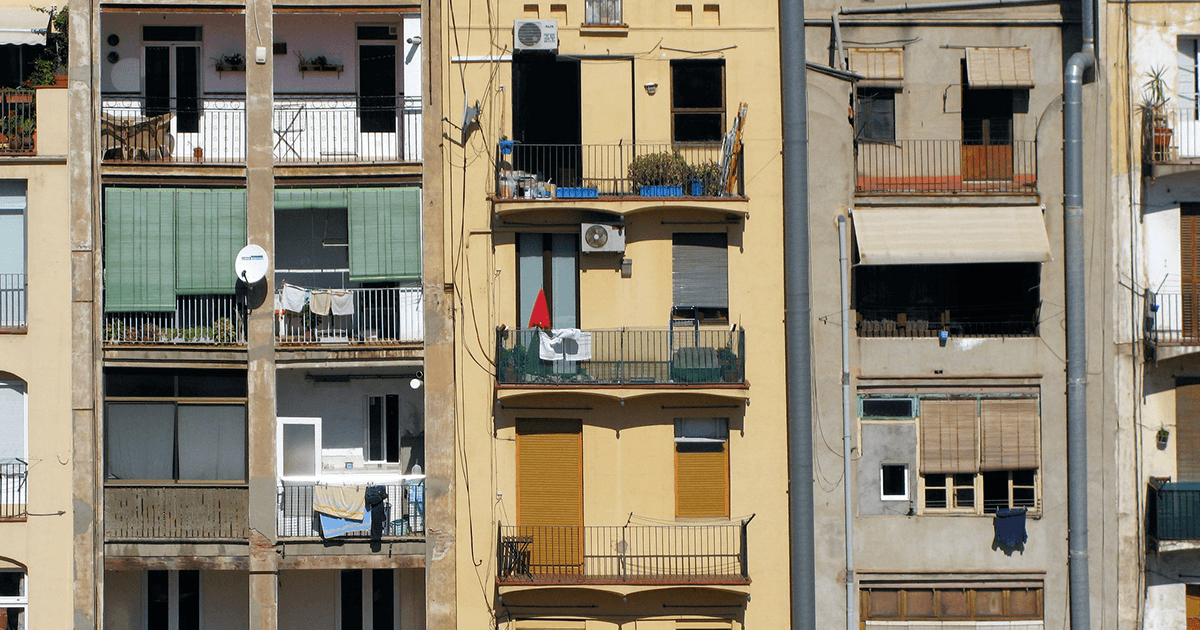 In my first week at college, the undergraduate advisor in Gile Hall convened a meeting for all the freshmen in the dorm. “At the back entrance at 5,” read the announcement. At 5, the back entrance was full, people standing in groups just inside the building’s doors, leaning on the Coke machine against the wall at the bottom of the stairs, sitting on the steps, resting on the banister. The UGA introduced himself, told us some rules, gave us some advice, answered a few questions, and said he was there to help, at any hour. Just knock on his door.

The meeting didn’t last long, but while it went on, no one could get by without pushing through the crowd. I doubt if I wondered why the UGA chose the hot back hall when there was a spacious lawn outside and a spacious common room in the basement, but I remembered the crowded hall when years later I had to pick my way here in Spain through a gathering of vecinos, literally neighbors but a word used for the residents of an apartment building.

The comunidad de vecinos, an owners’ association, is a staple in every apartment building, and it’s the organ responsible for building repairs, communal costs, registering complaints, and the like. Certain aesthetic matters come under its jurisdiction. The meetings, often called in response to a problem, are held in the portal, the entryway. A friend of mine told me of her misadventures with the comunidad in her building, whom she’d run afoul of by replacing tinted windows in her apartment with clear ones. A series of decisions, mishaps, and misinformation resulted at long last in a suit, which my friend lost. At the following reunion, she made an appearance, and when the matter of the court case came up, she listened while the administrator quickly ran over the ruling. My friend then said she had something to add. But before she could, her archenemy in this protracted matter, no longer able to contain himself, lit into her. It was a rant, and he didn’t let up or let her get in a word. “Se juntó el hambre con las ganas de comer,” she said, describing to me his ire and volume. Hunger can make you indelicate, as can a desire to eat. Doubled up, they make for a spectacle.

What did I picture at hearing the expression? Not a cat crunching through the bones of a mouse it has been tossing about while working up an appetite, not a wolf or a dog, ravenous after days with no food tearing into a hunk of bread, but a small square man with a broad forehead and strong chin who though not fat is no longer as trim as his swagger would suggest, a gourmet who knows his wines and his dishes and the best restaurants in the city. “Where can he be?” he asks himself, looking at his watch, when his lunch companion is late. Hunger flickers through him. Standing at the bar he waits, an eye on the entrance and another on the long mirror above the bar where he keeps track of the waiters passing back and forth between the kitchen and the dining room, bearing food. When his companion arrives, laughing and apologizing, with a tale to explain his tardiness, this man cuts him short with a rebuke.

Ah, the friend says. Let us find a table, let us order, let us eat. And they do. “So,” says the swaggerer afterward, wiping his mouth, a hint of a smile there now. “What made you late?”

If only hunger and desire to eat could always be so easily calmed. And for €30, not the several thousand my friend will have to pay, her costs and those of the comunidad. If only the spectacle could be kept behind closed doors. Don’t knock.