Nabokov found both, in nature and in art 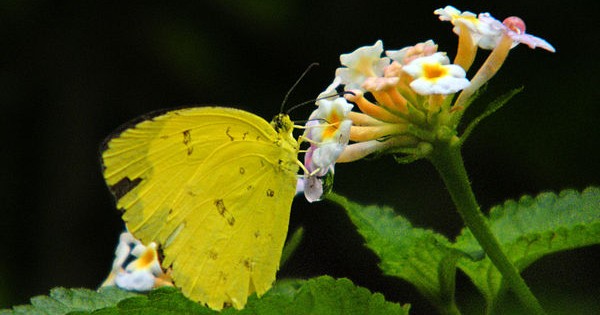 You cannot muse for long about the lepidopterans (butterflies and moths), as we were doing last week, without arriving at the writer Vladimir Nabokov. He was not only the great novelist he was known for being, but also a lepidopterist. His passion for “lepidopterological research,” he told an interviewer, was “even more pleasurable than the study and practice of literature.” Nabokov was an independent scholar of butterflies, an autodidact obsessed with his fluttering subject matter. He was a taxonomist “widely acknowledged as a great collector,” according to Kurt Johnson and Steve Coates in Nabokov’s Blues: The Scientific Odyssey of a Literary Genius—a great and satisfying book.

Nabokov’s Blues are species of butterflies that form one of eight subfamilies of the family Lycaenidae, a subfamily called today Polyommatinae. When Nabokov arrived in the United States during the 1940s, he got himself a low-paying position at Harvard University’s Museum of Comparative Zoology and began putting in 14-hour days organizing the butterflies and dissecting the genitalia (the standard procedure) of some 2,000 specimens to untangle a confusion of species and subspecies. He composed nine articles, two of them seminal, before literature lured him from the laboratory. His collecting habit lasted a lifetime. In their book, Johnson (an entomologist and expert on Nabokov’s Blues) and Coates argue for Nabokov’s significance as a taxonomist, and recent findings in lepidopteral genomics confirm Nabokov’s complicated and brilliant classifications.

In the 1970s I lived in Cambridge and worked as a printer. Nearly every day I walked along the crooked brick sidewalk past the Museum of Comparative Zoology. The office of my friend Steve Gould, paleontologist and historian of science, was there, two floors below the lab where 30 years before Nabokov had damaged his eyes dissecting butterflies. (Nabokov moved to Switzerland in 1961 and died in 1977.) In his book I Have Landed, Stephen Jay Gould pays homage to Nabokov, focusing on the question of how a person could flit like a butterfly between such bipolar endeavors and not end up a dilettante.

Making art and doing science, though, may share a few things. Gould writes: “Nabokov’s two apparently disparate careers … find their common ground on the most distinctive feature of his unusual intellect and uncanny skill—the almost obsessive attention to meticulous and accurate detail that served both his literary productions and his taxonomic descriptions so well.”

Like Nabokov, even if less obsessively, we adore butterflies. We also adore birds, but butterflies do not adore birds. The way butterflies have evolved to resemble items that disgust birds illustrates the workings of natural selection. If it looks like dinner to a bird, it gets eaten and cannot pass along its genes. If it looks like a bird dropping to a bird, the bird will shun it and the butterfly will live to pass along its genes. So the pale tiger swallowtail (Papilio eurymedon) in its early larval stage looks exactly like a bird dropping. Nabokov, in Speak, Memory, speaks of other “miracles” of mimicry. “When a certain moth resembles a certain wasp in shape and color, it also walks and moves its antennae in a waspish, unmothlike manner. When a butterfly has to look like a leaf, not only are all the details of a leaf beautifully rendered but markings mimicking grub-bored holes are generously thrown in.”

To Nabokov, art and nature had common attributes. “I discovered in nature the non utilitarian delights that I sought in art,” he wrote. “Both were a form of magic, both were a game of intricate enchantment and deception.”