Physics, past and future 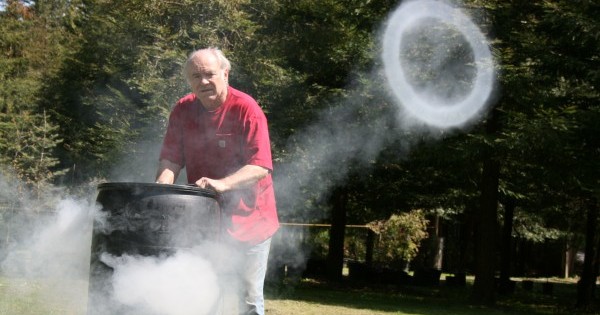 “Shut up and calculate!” As physics became more mathematical and abstract during the past century, that phrase—first uttered by physicist David Mermin—became its mantra. Indeed, the more that physicists stopped worrying about what their complicated equations meant and simply ran the numbers, the more progress they made. Some of their predictions have now been confirmed by experiments to 10 decimal places or more— the most accurate predictions in history. But the cost of this progress was striking: physics became more and more alienating as fewer and fewer people understood it.

As Frank Close explains in The Infinity Puzzle, for a long time even physicists felt discontent at this state of affairs. The book brims with charming anecdotes about particle physics between the 1950s and 1980s, when breakthroughs came almost too fast to be comprehended and every scientist seemed to be maneuvering (and occasionally begging) for Nobel prizes. But the book also plumbs the origins of modern physics, especially troubles with the concept of infinity.

Real objects cannot have infinite charge or mass or whatever. But when scientists in the 1950s started calculating those quantities with their latest and fanciest theories, infinities kept sprouting up and ruining things. Rather than abandon the theories, though, a few persistent scientists realized that they could do away with the infinities through mathematical prestidigitation. (Basically, they started calculating with and canceling out infinity like a regular old number, normally a big no-no.)

No one liked this fudging, but because it led to such stunningly accurate answers, scientists couldn’t dismiss it. In fact, the reigning paradigm in physics today—which describes the workings of invisible “fields” (similar to magnetic fields)— would not exist without this hand waving. And now physics is stuck with fields: they’ve become more fundamental to understanding the universe than mass or charge. Fields have become the very fabric of reality—even if our understanding of them relies on some unrealistic assumptions. Close explains how and why physicists resigned themselves to this tension and came to trust— even celebrate—how much smarter their equa- tions were than they were.

Nevertheless, despite the imprimatur of scientists, some laypeople look at modern science and have a fit. Indeed, as Margaret Wertheim explains in her delightful Physics on the Fringe, some laypeople simply cannot stand the idea that the average person is shut out from grasping the deep nature of reality.

These “outsider scientists” are not Luddites who reject the very idea of science. Instead, they care almost too much: they love science but feel it has strayed. And rather than just bellyache, outsiders often channel their discontent into creating their own, independent theories of physics, rewriting Newton and Einstein from top to bottom. These theories—hubristic, baroque, often incoherent—defy concise summary: every fringe theorist has his (they’re virtually all men) own obsessions and invents his own idiosyncratic reality.

Wertheim became a connoisseur of alternative realities by accident. As a physics writer, she kept getting treatises, unbidden, in her mailbox from fringe physicists. Some were even written in verse, or as fairy tales. She discovered that legitimate physicists worldwide are similarly inundated with manuscripts. Every last treatise promises to overthrow quantum mechanics or relativity or field the- ory, and many empha- size their salient points by stamping them in bold, underlining them, or SHOUTING THEM IN ALL CAPS.

Wertheim pokes fun at these typographical foibles, among other oddities. But she does so gently, not with the dis- dain that most physicists feel. And while she rejects their science, she sympa- thizes with outsiders as people. In their refusal to kowtow to scientific fashions, she compares them to the “outsider artists” who have become trendy in the art world. She also explodes the stereotype of unwashed, unemployed loners scribbling away in poorly lit apartments. A few fringe physicists are millionaires, and one helped edit American Graffiti, Apocalypse Now, and the Godfather movies.

The book’s star, its driving personality, is Jim Carter, who manages a ramshackle trailer park in Washington state. (Some tenants used to barter guns for rent.) Carter is a genius with his hands—he can fix any car—and runs a booming side business that helps people salvage wreckage from the ocean. And this mechanical aptitude in turn informs his physics. Carter rejects field theory outright, preferring a mechanical universe based on particles he calls “circlons.” Circlons look like long springs coiled into a donut, and he has reimagined everything from the big bang to the periodic table in terms of them.

Heavy stuff, but Wertheim notes that Carter is an outsider even among outsiders in that he doesn’t take himself too seriously. In one captivating scene, Carter transforms a few trashcans and a smoke machine into a device that makes giant smoke rings. Carter believes that smoke rings behave as circlons do at a microscopic level, and the device will allow him to test a few ideas rattling his brain. But instead of getting down to business, he regales his neighbors by puffing rings across his yard all afternoon.

Wertheim uses the scene to make a discomfiting point. It turns out that Carter’s smoke-ring experiments mirror almost exactly some experiments in the 1860s by William Thompson. One of the most establishment scientists of all time, Thompson, known as Lord Kelvin, did fundamental work in thermodynamics. But he also championed the idea that atoms behave like convoluted smoke rings on a microscopic level. And like Carter, Kelvin frittered away many happy hours with smoke machines, an aspect of his work that scientists today conveniently ignore.

Indeed, Wertheim believes that mainstream physicists today have more in common with fringers than they acknowledge. Most obviously, she notes that string theory, while dazzling, has outrun any conceivable experiment that could verify it—there’s zero proof that it describes how nature works. Yet, like some outsiders, string theorists labor away year after year, happily unencumbered by reality. What’s more, the grumbling of other scientists about the shortcomings of string theory sounds more and more like the complaints of other fringers about physics losing its way.

In the end, both books left me feeling pangs, but different pangs. Scientists have built multi-billion-dollar particle accelerators to probe the limits of field theory, but many of the thousands of physicists working at accelerators have, sadly, become technical bureaucrats, with little autonomy or independence. However misguided, the characters in Physics on the Fringe are their own men, doing their own work, like Newton, Faraday, and other past heroes. In some ways, Wertheim’s book is a paean to small science.

The pangs in The Infinity Puzzle were fewer and farther between: the book is tough going at some points, fairly technical. But when the science does click in your brain—when you catch a glimpse of the deep nature of reality—it’s so elegant and somehow harmonious that you can forgive any hand waving necessary to achieve it. At times I almost felt sorry for the outsiders who cannot see how lovely theoretical physics can be. It made me question whether, beyond their divergent appetites for mathematics and willingness to shut up and calculate, physicists and fringers might be separated by something else quite basic—a different appreciation for what counts as beautiful.