How to Talk Shakespeare 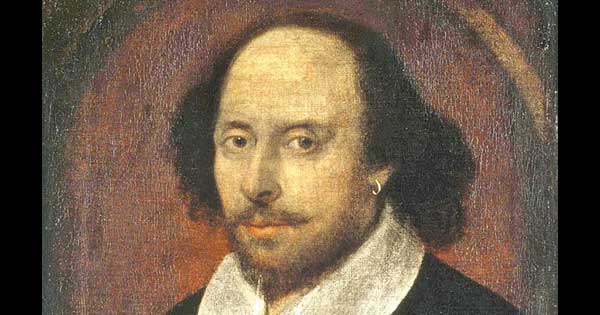 Jessica Love’s last Psycho Babble column appeared on Oct. 2, 2014. We are re-posting several of our favorite columns, including this one, published on March 27, 2014.

James Knapp is a damn fine midfielder on my recreational soccer team. He’s also a professor of English at Loyola University Chicago and an advisor to Chicago’s own Improvised Shakespeare Company, known for uproariously weaving entire Elizabethan-inspired tragedies, comedies, and tragicomedies into place on the basis of a single, audience-provided title—“The Merchant of Penis” at the first show I attended. The premise is not as crazy as it sounds. In Shakespeare’s time, new plays would often run for a day or two, or a couple weeks at most. This relentless pace, and the edit-on the-spot ethos it encouraged, bears a stronger resemblance to today’s improv shows than you might imagine.

Knapp recently shared with me some tips for convincingly channeling Shakespeare on the fly. Given the undeniable appeal of such a skill—whether you’re looking to create your own company or simply keen to dazzle colleagues at the employee talent show—I’d be a jerk to keep his insights to myself.

1. OK, you’re not actually “talking Shakespeare.” We call him the bard, but he was by no means the only show in town. Among his 45 or so contemporaries, only a few others (Christopher Marlowe and Ben Jonson, maybe Thomas Middleton and Thomas Dekker) are still read much today. But the whole gang of playwrights reveled in similar language, themes, and genres. Forget learning to talk Shakespeare—your best bet is to learn to talk “Age of Shakespeare.”

2. Recruit some friends, but not too many. Small troupe acting was the name of the game in the Renaissance. But in order to perform large, intricate plays with so few men (yes, always men), actors had to take on multiple roles. Ever wonder why Shakespeare’s plays have so many subplots? Subplots offer complexity without manpower: it’s hard to play two characters, after all, if they’re both on stage at the same time.

3. Know how to stall. If you start a line, and you’re not sure where it’s headed, throw in a few ayes or nays. (“Nay nay is sort of like saying umm umm,” Knapp assured me.) This rule will be very important as you attempt rules 4-7.

5. Invert your Syntax. Shakespeare’s characters can as plausibly not know as know not. But shuffling your word order every now and then is one of the best ways of distinguishing you as fluent in Age of Shakespeare. The fluid syntax also frees up a lot of potential rhyme words, convenient should you wish to…

6. Punctuate big moments with heroic couplets. Ending a powerful scene with a tidy rhyme, while somewhat comical to modern ears, is the ultimate classy move—this is poetry, dammit. But the technique may also have served as a memory aid. Rather than receiving a copy of the entire script, actors were handed only their own lines, as well as a cue line that told them when to chime in. Heroic couplets, highly memorable, could have been particularly effective way of signaling that the next scene was about to start.

7. Imagery and metaphors and metonyms—oh my. No way around this one. Shakespeare and his contemporaries were masters of figurative language. But be kind to yourself. The occasional “the pot boileth as the volcano runs it course” will take you further than you think.

8. And finally, don’t hold back. Shakespeare sure didn’t. Want to woo a widow at her own husband’s funeral? Fine. Awaken next to the beheaded corpse of a man you believe to be your lover but who is actually your evil stepbrother dressed in your lover’s clothes? Perfect. So long as your characters appeal to our humanity—Hamlet’s delay, Macbeth’s ambition, Lear’s irrationality, Othello’s jealousy—there’s no plot too demented to throw them into.