The soundtrack of Thomas’s life 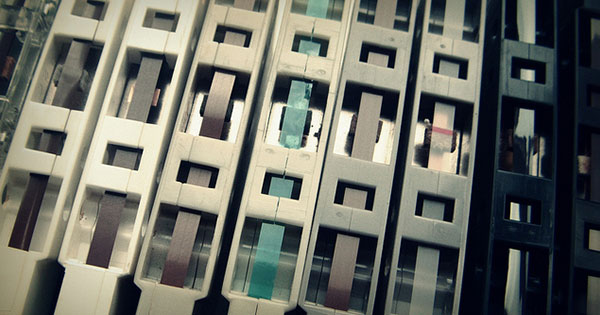 A friend of mine died recently, and his son, in parsing his dad’s few and motley possessions, discovered some hundred cassette tapes in his house and car. Cassette tapes! The son, appalled and snickering and weeping, asked me to go through the cassettes, and do with them what I thought best—which is how I found myself not only pawing over a box of tapes that the son had found in a drawer, but rooting through my friend’s car; because the car, of course, is where you listen to the music you like best, the music that hits you deepest, the music that is, in a very real sense, the soundtrack of your life.

So then, here is my late friend Thomas, if we may measure a man by the 20 cassette tapes I found in his car.

In the trunk, mostly jazz and reggae—I speculate that these were occasional pleasures, functions of mood rather than need, so that he would only root them out when he really wanted to hear Grant Green’s guitar, or Conte Candoli’s trumpet, or the early Charlie Parker, when Bird was still playing beautiful jazz and had not yet loped into the dark wilderness of bebop. Also, weirdly, three tapes rubber-banded together: the Police, Hot Tuna, and the Red Hot Chili Peppers. My theory? All three bands had terrific bass players. We forget that Sting is an excellent bass player, and Jack Casady is a superb bass player, and Michael Peter Balzary, better known as Flea, is a terrific bass player. Flea, come to think of it, might be the second-best rock bassist ever, behind only, of course, John Entwhistle. I know what you are thinking at this juncture—what about Paul McCartney? To which I answer, we are talking about great bass players here, not great songwriters who play the bass.

Passenger door map slot: soul nirvana! The transcendent singer Betty Wright, and Nicole Willis and the Soul Investigators, and Clarence Carter, and the glorious singers Baby Washington and Bettye Swann, and Overton Vertis Wright, and James Carr, and the Meters, and I took every one of these cassettes home with me, and now they are in my car, and I just listened to the Soul Investigators this morning, and wept, and counted myself lucky that I knew and esteemed such a delightful man as Thomas.

Driver’s side map slot—the tapes you want to have easily to hand, and, with the six tapes stacked under the ancient tape player, 10 of the most important 16 tapes in his life. Here we find the Beatles, the Beach Boys (two double-album tapes), Springsteen, the Who, the Stones, the Kinks, the estimable Chester Arthur Burnett (better known as Howlin’ Wolf), Samuel Barber’s Adagio for Strings, and, fascinatingly, Kiri Te Kanawa singing the Four Last Songs of Richard Strauss. Wow. Among the very many interesting observations I could make here about the character of my friend, I will note one: four Beach Boys records within easy reach of his left hand every time he drove, which was a lot. That man had taste.

The five tapes stacked under the tape player, clearly in current rotation in the last days or weeks of his life: the Clash, the Dixie Hummingbirds, Antonio Carlos Jobim, more Beach Boys, and the Kinks. Rock, gospel, bossa nova, and genuine native joyous American genius.

And the one tape actually in the player? Chet Baker Sings, recorded in 1954 and 1956. An inarguable classic of West Coast jazz, 14 haunting sad gentle poignant songs (except for the saccharine syrupy “My Buddy,”—I hate that song), with the young Chet Baker’s shivering inimitable voice that made women melt, and, best of all, that incredible trumpet. If there’s a trumpet section in heaven, Miles Davis and Chet Baker might well trade off at first chair, with probably Clifford Brown sitting behind them, grinning.

Right about here in an essay there is usually some cool concluding remark or observation, something to stitch the whole together, some ultimate wry finishing kick, but I would rather conclude by asking you to pray for my friend Thomas by playing something beautiful and loud after you get to the end of this sentence—some music that means the world to you, that you listen to sometimes because you need it like food, that you would be proud to have found by a friend looking for some fine true thing to say about you when you left this life, and went home to the deep music from which all things come.