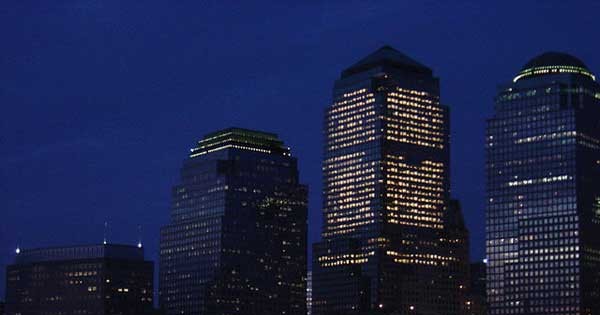 When Joan Didion’s lucid and chilling The Year of Magical Thinking came out in 2005, every review had to convey three facts: that Didion’s husband, John Gregory Dunne, had died of a heart attack in their Manhattan apartment; that the couple’s troubled adopted daughter, Quintana Roo, had at the time been in a medically induced coma; and that following the end of the events in the book, Quintana, age 39, died from a pancreatic infection after nearly two years in intensive care. But photos taken of Didion over the following year told these facts more succinctly: Didion diminished and vulnerable, cocooned in too-large beige sweaters, her pale hair tied back with girlish clips.

Her new book, Blue Nights, offers the capstone to The Year of Magical Thinking but never reaches the note of raw shock hit by the first lines of its prequel: “Life changes fast. Life changes in the instant. You sit down to dinner and life as you know it ends.” Blue Nights feels meandering and spread thin by comparison—a collection of “notes,” as Didion aptly calls it at one point. But like the photos of the author taken right after her daughter’s death, it has a laid-bare quality that provides its own heartbreaking strength.

Blue Nights derives its title from the twilit spring evenings in New York when “summer seems near, a possibility, even a promise.” The book is not about the onset of summer, however, but about its end: “the end of promise, the dwindling of the days, the inevitability of the fading, the dying of the brightness.” This motif runs through Blue Nights, with each section weaving threads of Quintana’s remembered brightness with now-ominous clues to her fading.

The early chapters provide a subjective and nonlinear biography of Quintana: born in 1966 in Santa Monica, she was adopted almost immediately by Didion and Dunne, who swept her into their L.A. writers’ life of starlets, magazine assignments, and location shots. “That year, 1966, … was not widely considered an ideal year to take an infant to Southeast Asia, yet it never occurred to me to abandon or even adjust the plan,” Didion writes in a passage about one scheme (eventually canceled) to take the newborn Quintana to Saigon on a freelance reporting trip. Quintana’s unorthodox youth (she learns terms like “sundries,” “Dolby sound,” and “projection room” at a time when most toddlers are still picking up “fire truck” and “bus stop”) is juxtaposed with the evidence of a troubled young adult life: she makes unhappy discoveries about her birth family, is diagnosed with borderline personality disorder, and develops substance abuse problems. Didion turns her clear eyes on her own peculiarities as a mother, to an often painful degree: “What if I fail to love this baby?” she asks herself when she first picks Quintana up from the hospital.

She answers her external critics, too, those who’ve argued that her writing, with its allusions to brand-name friends and brand-name luxuries, the “Chanel suits and David Webb bracelets” worn by her friends, is merely “the document of a struggle between the sense of mortality and the sense of privilege,” as Leon Wieseltier described The Year of Magical Thinking in The New Republic. “ ‘Privilege,’ ” Didion responds, “remains an area to which—when I think of what [Quintana] endured, when I consider what came later—I will not easily cop.” Didion’s elaborately detailed writing about the trappings of privilege sometimes has the feel of a nervous social habit, an assumed posh accent that’s stuck after years of use.

But the message itself, however high the diction, is homely and plain. “When I began writing these pages I believed their subject to be children,” she explains, adding that she then began to think she was writing about the “failure to confront the certainties of aging, illness, death.” She ends by understanding that the two subjects are the same: “When we talk about mortality we are talking about our children.” Signs of the 75-year-old Didion’s own mortality—her diminishing independence, the random spikes of immobilizing fear she experiences, her cardiac problems, her terror of losing her grasp as a writer, the blending-in clothes she has to wear instead of her beloved old “red suede sandals with four-inch heels,” “gold hoop earrings,” and “black cashmere leggings”—are merely symptoms, it seems, of her unappeasable longing for Quintana. “I find myself thinking exclusively about Quintana,” Didion writes in a section marking the approach of the fifth anniversary of her daughter’s death. “I need her with me.”

Didion describes how age has slackened the tempo and confidence of her writing: “For a while I laid this to a certain weariness with my own style, an impatience, a wish to be more direct.” So she encouraged her own difficulty, seeing it “as evidence of a new directness.” But her view of it changed: “I see it now as frailty.” The style of Blue Nights is, it’s true, hesitant, ruminative, sometimes querulous. The muscular snap of Didion’s prose from earlier novels and nonfiction is gone. But what you see in Blue Nights is how little she needs it. Frail and bereft, she still has the force to stun.

Britt Peterson is a writer in Washington, D.C.