But an odd and glorious sound 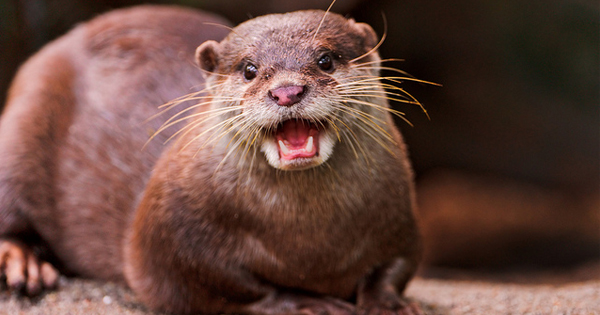 One of the things I loved about my dad in my opening years of being his son was his habit of never snickering at the nutty questions that his many kids asked, and never saying anything at all supercilious, and never issuing any sort of sneering or cutting remark that we remember, although heaven knows the man had endless chances to do so, considering all the careening children he and our mom had made over the years, with the “signal & generous assistance of the Principal Engineer,” as he said.

This is how he talks to this day, with a wry precision in which you can hear ampersands and initial capital letters, if you listen carefully.

The closest he would come to falling down laughing when you asked him a particularly silly question was to make a sort of gentle chuffing sound deep in his throat, as if he had swallowed an otter and was having a little trouble working it down past his esophagus, and twice I remember asking him something and he made the swallowing-the-otter sound and couldn’t stop and had to go lie down for a while until he recovered.

When I was young I assumed that all dads were like my dad, and if you asked them such things as, If a lady does not use her uterus, is it unusederus?, they would make a sound like they had swallowed most of the otter successfully, but its long muscular tail was taking its own sweet time to wriggle down the chute, and maybe it was hung up on one tonsil or another, which would certainly be a problem, but later in life I learned that actually no dads were like our dad at all. With other dads, if you asked them if trees lose their tempers, or why are so many saints grumpy, or do toothbrushes have a mating season, they would say something tart or dismissive, rather than make that gentle chuffing sound, as if chipmunks are exploring your nasal passages.

Our dad made any number of other sounds—he sang once, suddenly, in church, which many people remember, and talk about to this day—and he did all the usual laughing and roaring and humming and crooning and barking expected of dads, but it’s that gentle chuffing sound in his throat that comes back to me this morning. He and I were talking about this the other day, and I said that I wished with all my might that I could remember all the questions that I had asked him that made him make that sound, as they seemed like the sort of artlessly nutty questions that kids are always asking me now, and that sort of utterly open curiosity from children is a lovely and holy thing in the world, such a glorious energy, that I wish I could collect and channel it toward darkness and clean and electrify and hilarify the world, and very faintly in my phone I heard my dad having a bit of trouble swallowing an otter, which is not a sound you hear every day, and is absolutely a sound that should be savored and treasured, when you are granted the gift of hearing it.