A literary walk on the wild side 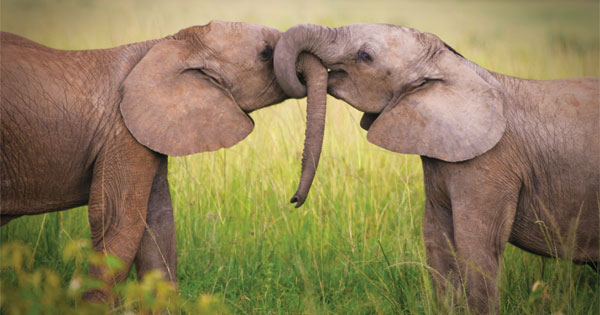 Poet and writer Alison Hawthorne Deming holds this kinship in mind in Zoologies: On Animals and the Human Spirit, her new collection of short essays. Today, as we’re reducing the wealth of life on Earth, Deming hopes to enrich the ways we think about animals—and ourselves. She is frustrated by the “conventional palette” by which, she says, animals are typically portrayed: in either overwrought elegies or puffed-up stories of man-versus-beast encounters in the wild. Deming wants us to view animals as a child might: as teachers, friends, and compatriots in the nation state of Earth.

Deming refers to the book as a modern-day “bestiary,” the type of text that, in a different age, would contain moralizing descriptions of real and imagined animals. And scores of real and not-so-real beasts leave tracks across these pages: elephants, dragons, wolf spiders, bobcats, storks, T. rexes, three-headed monsters.

Explorations of the wild and domestic worlds of these creatures illuminate our own complicated human lives. Hence, a description of two-inch-long mackerel flinging themselves out of the water to their deaths in order to escape ravenous striped bass metamorphoses into a memoir about Deming’s mother’s life and aging process. A short treatise on the pig explores how the animal has been both sacred and disposable to humans through the ages: practicality trumps everything. Deming observes keepers at the San Diego Zoo Safari Park exercising a cheetah at 70 miles per hour. She then poses for a photograph with the animal, whose population has so dwindled that it will likely disappear within decades. “Do our actions always line up with our empathy?” Certainly not. But it is this rift that is fertile territory for Deming’s rooting.

The weakest chapters here read like drafty accounts of field trips the author undertook to fill the pages, but at its best, Deming’s richly associative writing leads us into urgent territory—both public and personal. She explains how the aggressive barred owl is taking over the habitat of the famously endangered and more reclusive spotted owl, hybridizing with it to form “sparred owls,” a species not protected under the law. What, if anything, should be done? An artist teams with a geneticist to create a living rabbit containing a jellyfish gene so that it glows, trampling the boundaries of what we consider art and what we consider ethical. And Deming takes us along to an LA bar where, sipping a vodka martini, she watches a young couple, infatuated with themselves, pour raw oysters down each other’s throats. The raw sensuality of the scene hitches her to a wilder part of herself that is both ancient and animal.

“For most of human history,” Deming writes, “the ability to read animals with acuity was a matter of life and death.” Although most of us don’t rely on a keen sense of animal behavior to put dinner on the table or to keep ourselves clothed, these attentive essays tell us that a connection to animals is necessary for more than just the adornment of our lives.

My life in a small coastal town in Alaska gives me the opportunity to connect with a rich menagerie of animals: the grumpy blue heeler that my daughters adore; the chickens out back that—when it suits their fancy—turn our food scraps into eggs; the moose that lumber into town each spring to drop their calves in back yards; the snowshoe hare we watch molt white-brown-white as the snow comes and goes and comes again; the wolves that leave tracks across nearby ski trails; and the salmon we catch, kill, and fillet to fill our stand-up freezer.

And then there are those lucky encounters that leave me buzzing for days. Last summer, during an extreme low tide, my daughters and I wandered far out onto the beach to a wide, flat boulder with a watery pocket beneath that was ringed by a sandy threshold: an octopus den. Octopuses are smart, and—I’ve heard—can fall in love. Could there really be one living here? We dropped a piece of my two-year-old’s half-chewed bagel at the mouth of the den and waited. When I’d nearly lost interest and moved on to the constellations of purple sea stars farther out on the beach, a maroon tentacle—spindly as a chopstick—snuck out, grabbed the soggy bread, and retreated. I was as giddy as if it had just given me a high five.

My daughters had long since wandered off to collect sand lance, finger-sized silver fish that burrow into the beach but were now strewn everywhere, attracting a cacophony of gulls. The fish were dead or half-dead in their hands; the girls offered them to me like a bouquet of platinum blooms.

Ultimately, Deming’s book, which serves as careful witness to the wonders and disappointments of the world, fails miserably at telling us how—in the face of environmental destruction—we should live. But perhaps this is the only way a sensitive writer can take on the enormousness of the task: bite by little bite, impression by fleeting impression, scraps of joy and hopelessness scattered throughout. Who’d put up with the moralizing anyway? Foremost a book should yank you out of your life and connect you to the world around you, sparking in you curiosity about and empathy for the falcons, fish, dandelions, cats, and people in your midst. And this one does just that.