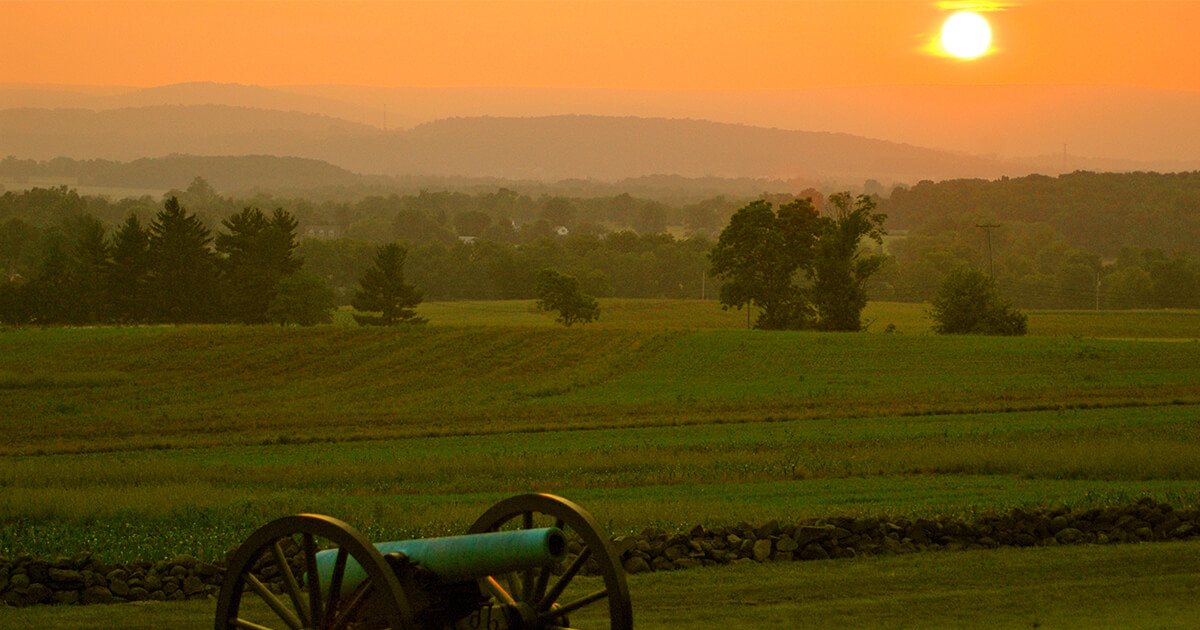 Spying on the South: An Odyssey Across the American Divide by Tony Horwitz; Penguin Press, 476 pp., $30

Tony Horwitz’s 1998 book, Confederates in the Attic: Dispatches from the Unfinished Civil War, documented the Pulitzer Prize-winning journalist’s uneasy encounters with Civil War enthusiasts and reenactors in the contemporary South, not all of whom would acknowledge that the Cause was lost. His latest book (and, sadly, his last—Horwitz died unexpectedly in May) treads similar terrain, as he retraces the path taken by Frederick Law Olmsted, the designer of, among other things, New York City’s Central Park, during one of the landscape architect’s many journeys in the 1850s below the Mason-Dixon Line. The result, Spying on the South, is the account of Horwitz’s sojourn into the heart of that tragic and critical region. It’s hard to imagine a book more appropriate for our political moment, given the unsettling similarities between Olmsted’s rabidly partisan and soon-to-be embattled America and our own.

Horwitz’s method is clear. As best he can, he duplicates the trajectory and means of transportation that Olmsted and his brother John used, whether by train, riverboat, or mule. He spends time among ordinary Americans: café owners, traveling salesmen, the poor, the imprisoned, and the lonely, simultaneously telling the stories of Olmsted’s journey and his own. In Kentucky, Tennessee, Mississippi, and Louisiana, he finds a decided political turn toward the gospel of the Religious Right and the mendacious rantings of our current president.

Horwitz visits, more than 150 years after the publication of Darwin’s On the Origin of Species, the Creation Museum in Petersburg, Kentucky, where the Garden of Eden features sexy Adam and Eve mannequins in a pool surrounded by friendly dinosaurs.

In the Delta town of Greenville, Mississippi, a white museum owner tells Horwitz that the city’s public schools are almost entirely African American and that blacks and whites rarely intermingle.

Farther downriver, at the Louisiana State Penitentiary at Angola, which after the Civil War forced its inmates to labor without pay as part of its convict-lease system, Horwitz compares a current innocuous-sounding Christian effort—the “Redemption & Rehabilitation” program—to that of the slaveholders who had similarly used religion as a “tool of social control.”

And in Baton Rouge, Horwitz visits the “bizarre” governor’s house that the demagogic populist Huey Long built using prison labor from Angola. He then invokes President Trump, comparing his campaign claim that he could shoot someone on Fifth Avenue and not lose any voters to that of another former Louisiana governor, Edwin Edwards, who boasted that he’d never lose an election unless he was “caught in bed with either a dead girl or a live boy.”

In New Orleans, Horwitz teams up with an Australian friend named Andrew Dutton, a stand-in for Olmsted’s brother, John, and then they enter Cajun country, which Olmsted had found relaxed and fun-loving, and where a happy Cajun tells Horwitz, “Your man sure got dat right. Where else can you fish in de morning, hunt in de afternoon, and drink and dance all night?”

Central Louisiana, though, is another story, for here a plantation overseer told Olmsted, “I wouldn’t mind killing a nigger more than I would a dog.” This part of Louisiana was also the site of the Colfax Massacre of 1873, during which more than a hundred blacks, who had tried to find cover in the parish courthouse, were killed. The death toll on the white side was three. As late as 1951, a historical marker installed beside the local courthouse celebrated the massacre as “the end of carpetbag misrule in the South.”

As they get closer to Texas, Horwitz and Dutton are warned that every Texan they meet will be “packing heat,” and a woman whom they encounter preaching wildly in her front yard, stares at Dutton and tells him she can “see the demon spirit in someone’s eyes.”

The entrance into Texas, along the Camino Real, is a continuation of the sobering journey through what Horwitz refers to as the “unreconstructed South.” In 1908, in Hemphill, Texas, five black men were lynched and another four murdered by a mob of 200 whites. And in Sour Lake, an oil town adjacent to The Big Thicket, residents, more than a century later, still call one of the neighborhoods “Niggertown.” In yet another town, the anti-Muslim sentiment is so strong that the residents are convinced that the second home of a Houston doctor is “a mosque and a training camp guarded by guys with automatic weapons.”

When Horwitz leaves Crockett, Texas, he says he feels the way Olmsted had felt after talking to slave masters in Nashville. “Very melancholy” and “wondering what (was) to become of us … this great country & this cursedly little people.”

Like Olmsted, Horwitz says he approached Austin, the state capital, “with pleasant anticipation.” But he doesn’t hesitate to tell the story of one of Austin’s greatest scoundrels, Robert Potter, who, in the years before Texas joined the United States in 1845, became secretary of the Texas Navy despite having castrated a teenager and a 50-something minister for dallying with his wife.

One of the longest, and perhaps least compelling of Horwitz’s journeys is to Olmsted’s favorite region, the Texas hill country, which had been settled by Germans. “Olmsted,” Horwitz says, “was predisposed to swoon over this Teutonic milieu.” It is here that Horwitz rides his first mule, an experiment that ends in a severe concussion that sends him home for a while. Upon his return, it’s the border with Mexico that draws him, as it did Olmsted, whose description of the crisis there was almost the exact opposite of what America faces today. The most pressing issue that Olmsted found at Eagle Pass on the Texas side of the border was “slave catching” before they could make it to Piedras Negras on the Mexican side of the river. For Horwitz, the major issue at the border has to do with Mexicans fleeing into the United States because of violence and poverty on the Mexican side.

What’s clear is that a thirst for freedom, peace, and democracy lies at the heart of each.

Spying on the South is no mere travelogue, but an important book for and of our time. Given what followed soon after Olmsted’s years of reporting, and the parallels that Horwitz finds, the fate of of our country could well hang in the balance if we don’t open our eyes.