The enigmatic thinker behind the Large Hadron Collider 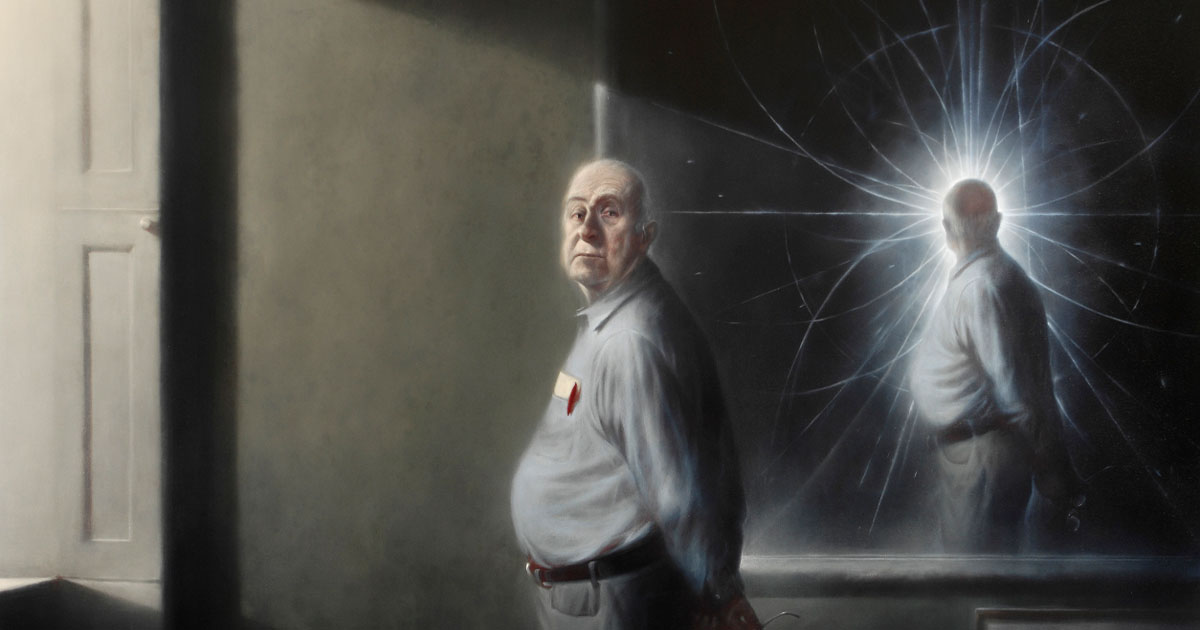 In 1669, the Royal Society in England asked Isaac Newton for permission to publish one of his papers. Newton reluctantly agreed, on the condition that the society withhold his name. “I see not what there is desirable in public esteem,” he explained. “It would perhaps increase my acquaintance, the thing which I chiefly study to decline.”

When it comes to shunning public esteem, the British physicist Peter Higgs—the namesake of the Higgs boson—is no less determined than Newton. Higgs refuses to use a cellphone or email, and after winning the Nobel Prize in 2013, he spent the day in hiding to avoid the press. It’s a bit surprising, then, that he cooperated with physicist Frank Close on a new biography, the aptly titled Elusive. At times cranky or witty, Higgs ultimately remains an enigmatic presence throughout, not unlike his eponymous particle, the discovery of which caused such hoopla that, as he later said, it “ruined my life.”

On the face of it, Higgs’s life lacked drama. He was a sickly child, suffering from asthma, bronchitis, and such bad eczema that he had to wear cardboard tubes over his arms at night to prevent him from scratching them bloody. Given his frailty, his parents barred him from playing much with other children; he spent most of his time alone. He later saw sickness as a blessing, though: “Health problems enabled me to forge ahead of my contemporaries [in school],” he said, “in maths especially.” He eventually became a middling particle physicist in Edinburgh.

By his own account, Higgs had just one original idea his entire life, during the summer of 1964, not long after recovering from a bout of hepatitis. The details get a bit gnarly, but the hottest topic in physics then was superconductivity. Oddly, photons of light—which are normally massless—somehow gained mass inside superconductors. The 35-year-old Higgs extended this idea and showed by analogy how all fundamental particles might gain mass. The whole concept sounded strange, but Higgs was essentially proposing that mass doesn’t just exist; it must be actively generated by the cosmos.

Higgs sketched this idea out over a single weekend, then published three short papers on it. After that, he did little science the rest of his life. He published just 18 papers overall (half in biophysics) and focused instead on teaching and nuclear disarmament. Meanwhile, other physicists took his equations and ran with them, doing work that he admitted was over his head. “I got left behind by all the technical details,” he told a reporter. After retiring from teaching in 1996, Higgs declined a knighthood, saying it sounded like a lot of fuss.

Still, Close does unearth moments of drama in Higgs’s life. Particle physics built an entire edifice—the Standard Model—based on a foundation of his work. But his papers were theoretical. The one testable prediction he made was that at sufficiently high energies, the fields that give particles mass should also cough up a completely new particle, soon dubbed the Higgs boson. Discovering this boson would confirm that Higgs’s model of mass—and by extension, the Standard Model itself—was on firm footing, and that the rest of the physics world wasn’t fooling itself.

So in the 1970s and ’80s, physicists worldwide began pushing to find the boson, by building a particle accelerator big enough to reach the massive energies required. The result was the Large Hadron Collider (LHC) in Europe—one of the biggest, most expensive scientific ventures in history. Billions of dollars were poured into its construction, and more than 10,000 scientists and engineers labored for 20 years to design and build it. All on the faith that Higgs was correct.

But what if he hadn’t been? What if the LHC found nothing? It would have been a monumental waste of time and talent—and a mortifying public rebuke of Higgs. It didn’t help matters when Stephen Hawking publicly bet another physicist $100 that the Higgs boson was poppycock, and that the LHC would never find it. On hearing of the bet, Higgs snapped at a reporter, “Stephen Hawking doesn’t know as much about particle physics as he thinks he does.” People who knew the bashful Higgs were stunned. (As one said, “Physics is full of vindictive, nasty people but Higgs is not one of them.”) Clearly, the pressure was getting to him.

In 2012, the LHC did find the boson. Higgs was present for the announcement and wept at the news. He’d been waiting 48 years for justification.

Despite such poignant moments, Elusive would be a slender volume if it focused solely on Higgs’s life. Close therefore weaves in a “biography” of the boson, too, outlining why it’s so important to modern physics. This makes for some dense reading, although Close incorporates effective analogies to illuminate certain points. (My favorite involves two types of fundamental particles and their starkly different tolerance for the company of their fellows: “Fermions … such as electrons or quarks … are like cuckoos: two in the same nest are forbidden. Bosons are like penguins: large numbers cooperate as a colony.”) At other times, however, the thickets remain fairly impenetrable. This isn’t Close’s fault—particle physics is hard! But even if you don’t track all the details, it’s still valuable to see how physicists think.

Beyond Higgs and his boson, Elusive is also a tale about human psychology and the need for heroes and celebrities, even—or perhaps especially—in science. At the announcement ceremony for “his” boson, Higgs had Kardashian-level paparazzi crowding him at every turn. Close repeatedly points out how tired and miserable he looked. But laypeople were hungry to know more. And if they couldn’t grasp all that Higgs had illuminated, then seeing the man himself was the next best thing. “As it is easier to follow a person than an idea,” Close writes, “Higgs was increasingly used to promote this quest. An unassuming man who had one remarkably insightful original idea became a celebrity, a totem for the goals of thousands.”