With so many high-quality TV shows available to stream these days, we have a particular soft spot for British mystery shows, mainly recent ones, but also a few from the golden age of detection. Think murder, lace curtains, and quiet country villages. Our favorites range from a 1980s adaptation of Miss Marple to the latest Sherlock Holmes series, proving that some golden ages are destined to continue. There are as many Sherlock Holmes adaptations as the wily gumshoe has disguises. I love them all, from Basil Rathbone’s aristocratic investigator to Robert Downey Jr.’s prizefighting daredevil, but my favorite has to be Benedict Cumberbatch’s turn as the brilliant, neurotic, maddening detective in BBC’s Sherlock. Holmes may be borderline psychopathic (or a “high-functioning sociopath,” as he would say), but that doesn’t stop him from slipping easily into the role of bickering roommate with his erstwhile sidekick, John Watson (brilliantly played by Martin Freeman). At around 90 minutes, each episode is practically a movie in its own right, but that doesn’t mean you shouldn’t consider bingeing the show anyway. Season two, which reimagines classic Sherlock Holmes stories like “A Scandal in Bohemia” and The Hound of the Baskervilles, is superb storytelling and will have you reaching for the bookshelf, eager to revisit the world of 221B Baker Street. —Katie Daniels The Bletchley Circle is a period drama about four women who used to crack Nazi code during World War II. Seven years after the war ends, Susan Gray, one of the former codebreakers, begins to connect the dots between several gruesome murders in London. When Scotland Yard dismisses both her theories and the victims—they’re poor women, after all—Susan reaches out to her former codebreaking colleagues to catch the killer. One of ITV’s greatest missteps was canceling this show after two brilliant seasons and allowing BritBox to produce a spin-off called The Bletchley Circle: San Francisco, which only gives the original a bad name. —Stephanie Bastek Agatha Christie was famously averse to cinematic adaptations of her novels; moreover, she had little patience for television. In the 1940s, however, she saw Joan Hickson perform in a stage version of Appointment With Death and expressed a hope that the actor would one day take on the role of Miss Marple. This Hickson did beginning in the 1980s (she was in her late 70s at the time), acting in several faithful, compelling, and suspenseful adaptations. I devoured them all back then (they were part of PBS’s weekly series Mystery!) and was delighted to find them in reruns not that long ago. —Sudip Bose Hinterland takes a long time to get going, but if you’re looking for a dark Welsh tourism ad, look no further. What I love about this show is not even something that I benefit from: it has the distinction of being filmed twice, once in Welsh and once in English. While I enjoy the accents and the moody, rural vibe, the show is a bit too fixated on emulating the brooding complexity of Swedish sleuth Kurt Wallander in their Detective Chief Inspector Tom Mathias to be an entirely original series. But let’s not kid ourselves: Wales is the real star here. —Stephanie Bastek Don’t let the big celebrity names make you discount this series. Gillian Anderson stars as Detective Superintendent Stella Gibson, a cop who has been charged with catching a serial killer, played by Jamie Dornan. The show, with its suspenseful plots, sharp dialogue, dark lighting, and rainy nights will appeal to anyone fond of the classic British whodunit. —Taylor Curry Shetland, like The Bletchley Circle, is worth watching for the knitwear alone. Set in the gorgeous Shetland Isles, the first two seasons are made up of standalone episodes where good-guy detective Jimmy Perez solves rural crimes with his spunky colleague, Alison “Tosh” McIntosh. The third season follows an extended arc that is second only to the third season of Broadchurch in its sensitive treatment of sexual assault, all too rare in the realm of crime fiction. —Stephanie Bastek Scott & Bailey, an engaging crime drama that ran for five seasons starting in 2011, features two women detectives solving murders for the Manchester police. Each episode focuses on the partnership of Detective Constables Rachel Bailey and Janet Scott and their boss, Detective Chief Inspector Gill Murray. Like her, Murray’s boss is also a woman, and the show is largely written, produced, and directed by women.

The show wears its feminism lightly, content to show women in charge, ably doing their painstaking work. Due in part to the consultation of a real former (female) detective inspector from Manchester, where the show was filmed, its best quality is its authenticity. The detectives always find the culprit, but otherwise they are presented as being quite human, not always as paragons of their profession. —Robert Wilson Following up on the success of Scott & Bailey, writer/director Sally Wainwright created a much darker beast in Happy Valley. Catherine Cawood is a salty police sergeant in Calder Valley, a West Yorkshire town plagued by poverty and drugs. She’s still recovering from the suicide of her teenage daughter Becky, who left behind a young son born of rape, whom Catherine and her sister Clare, a recovering alcoholic and heroin addict, bring up. It’s an incredible story about obsession, the line between vengeance and justice, and the meaning of family; the strength of Wainwright’s writing lies in balancing darkness with true humor and compassion. I can’t wait for the third and likely final series next year. —Stephanie Bastek 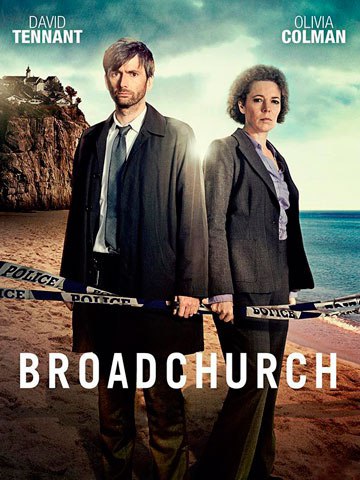 After a young boy is found dead at the bottom of a cliff, no person in the tiny seaside hamlet is above suspicion. It’s a classic set-up: a small town, two detectives who couldn’t be more different, and close-knit community riven with secrets. What sets the show apart is actress Olivia Colman’s turn as Ellie Miller, a local detective assigned to the case. Miller is cheerful, funny, and kind, in addition to being intrepid and smart, and she’s the perfect (and much needed) foil to her gloomy, curmudgeonly partner, played by David Tennant. Colman’s performance defines the series—well, her and Tennant’s broad pronunciation of “Miller.” —Katie Daniels Luther is another one of those shows in which a detective locks horns with a brilliant criminal mind, but this one stands out because it’s Idris Elba sparring with Ruth Wilson. Their acting is first-rate, their relationship fascinating, but I would recommend that you stop watching once Wilson leaves the show, because then the episodes descend into violent one-upmanship. —Stephanie Bastek 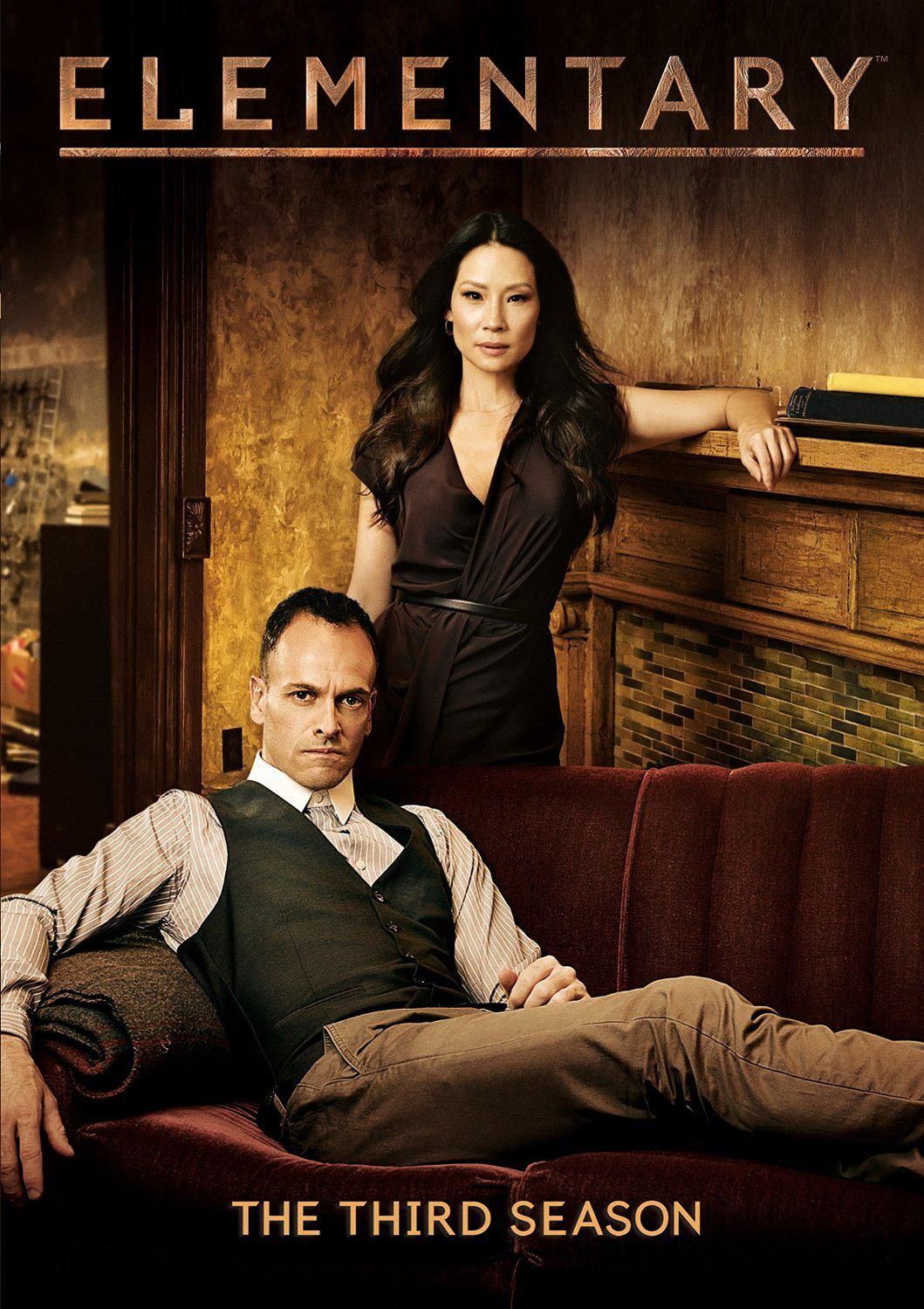 How many times has Sherlock Holmes been redone? Probably more than we can count, but Elementary still manages to take the characters in a different direction. Set in modern-day New York City, Holmes is escaping his family and drug addiction, with the help of his live-in “sober companion,” Joan Watson. Yes, you read that right: John Watson is now a woman. It’s worth watching the pilot just to discover how the show sets up this relationship. (A word of warning though—once you watch the pilot, you will be hooked!) I realize that this is an American TV show, but it’s still Sherlock Holmes, after all. —Taylor Curry Skarsgård the Elder is brilliant in his turn as a detective who is haunted by the ghosts of his cases’ victims. Easily one of the most psychologically rich miniseries the BBC has ever put out—and certainly the only one to make onscreen therapy interesting. River’s six episodes are nearly perfect and feature none other than Nicola Walker as co-star. —Stephanie Bastek