The Bulletin Board of Your Head 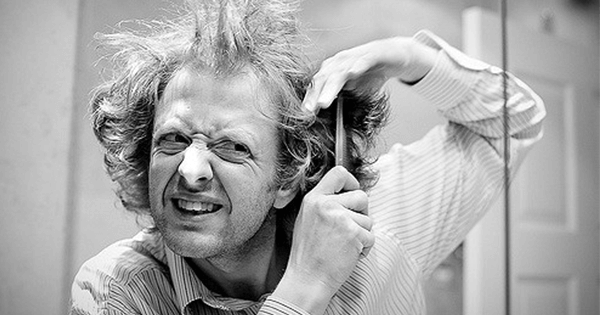 We die young but we never lose our hair, my father has said for as far back as I can remember, and indeed he has all his hair, though he is 95 years old, and is throwing the clan mortality table all out of whack. He claims not to feel guilty about this, and he emerges every morning from his ablutions with his silvery hair piled high, looking like a slightly bent and seasoned Montgomery Clift.

Many is the time I have said to him that the calculus of an early death but a full head of hair is not a calculus I wish to learn, and off he goes on a speech about how our culture makes altogether too much of hair, spends far too much money on hair and hair products, and hair care and hair architecture, and hair grooming and hair replenishment, and how your generation, son, entertainingly tried to make voluminous hair a statement of political and cultural defiance, but that didn’t end so well, as most of the men who wore their hair roaringly long now have enormous foreheads from the weight of the load, or even worse, still have ponytails, and what, asks my dad, is more laugh-inducing than a man age 60 with a ponytail? The other day in the fish store, he says, I was standing behind a man aged 70 or so with a pert little ponytail, and it was all I could do not to laugh so hard that I sprained an eyeball.

This is how my dad talks, and if you are lucky you get to hear him talk like this every other day or so.

Now, women, he says, women can have long hair, or short hair, or no hair at all, and it matters not a whit when it comes to them being lovely and entrancing and alluring, whereas men generally need to discover their proper haircut, and stick to it, despite the rise and fall of cultural tides. A man can try all manner of hair in his youth, and chalk up the embarrassing episodes to speculative adventure, much as he covers his various romantic mortifications with the same banner; but by the age of 30 you should be familiar with the hull of your head, and the prow of your face, and the engine of your ego, and have consulted a sensible barber, and arrived at a reasonable and unostentatious haircut. This is just good manners in the end, for a man with an egregiously unfortunate haircut, usually for reasons of ego, is an offense to the eye, an embarrassment to the gender, and a prime reason why women think we are clowns, charlatans, and mountebanks. In the main we are those things, but it does not do to advertise this on the bulletin board of your head.

My dad spent his first 20 years with a dense head of hair that he allowed to rise into a wave not unlike those seen on the north shore of Oahu, but then came the war, and his first crewcut, and he stayed with the crewcut for the next 50 years, inflicting it also on his many sons, until he retired from his journalism career and allowed his hair to again rise into a wave not unlike one you might see on the north shore of Kauai; it is this wave you see riding high when he emerges from his morning ablutions, and takes his accustomed spot at the kitchen table, and parses the newspaper, and sips his tea, and grins conspiratorially, and launches into a learned and hilarious and piercing speech about things you would never think would be as fascinating as they are when they are run through the astonishing mill of his mind; like, this morning, when he entertainingly refers to the bulletin board of your head, which is not a phrase you hear every day.