The Heft of the Horse

A not so tall tale 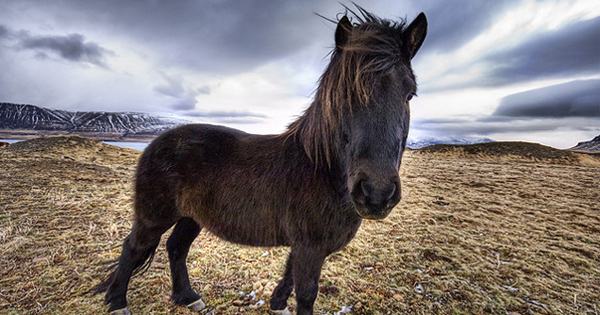 The biggest horse I ever saw stalked slowly out of a tall barn on Achill Island, off the coast of County Mayo, and my friend Mick said, See? Didn’t I tell you? And for once I could not summon a word in response, or a wry comment, or even a bleat of awe, for this was a staggering alp of a horse, a serious country of a horse, a horse so incredibly tall that you had to crane your head back as far as it would go to properly see the flare of its nostrils and the heft of its head.

The horse pranced a bit, happy to be out of the barn and probably wondering what the work was today, and my children huddled behind me quick as sparrows.

You were right and I was wrong, I said to Mick, who nodded. He had told me that his cousin Peter owned the biggest horse anyone had ever seen, and in Ireland there are many epic horses, and many expert and appraising eyes, and I had said I didn’t believe him, that the biggest horse in the world was a police horse in New York City that was nearly the size of Staten Island, and I had seen that horse with my own eyes, on 54th Street, during a thunderstorm, in the year of Our Lord 2008, in May, a sight I never expected to see and still think about sometimes, when I see something tremendous and brown, like a quarry wall, or a huge sand dune, or a courthouse.

Yet Mick was right and I was wrong, and Peter led the horse further out of the barn, and my lovely bride, who is slight but fearless, stepped forward, mesmerized, and Peter said, Did you wish to board the horse, Miss? Mary thought about it for a moment, but then declined politely, and the horse bent down from his great height to examine her carefully, never having seen such a slight lovely woman before.

Mick and his cousin Peter then talked about this and that, while the horse contemplated us and we gawked at him, and gulls and terns wandered by, and I thought I noticed a mink among the rocks on the shore, and I tried to grapple with the inarguable heft of the horse. You think maybe I am kidding or exaggerating when I tell you this horse was taller than some foothills, but I am not kidding or exaggerating. You know how you measure horses in hands, and 16 hands high is notably tall, and the record is more than 20 hands, for a horse named Sampson in Bedfordshire? Well, Peter’s horse was about 50 hands high, or 80, or infinity. His legs alone started near the ground and then went on until early next week. It seemed to me his eyes were bigger than baseballs, but I couldn’t crane my head back far enough to get a good look and had to borrow a child, who said they’re more like softballs, dad, but not as big as volleyballs.

After a while, Peter had to go to work with the horse and we all shook hands and said thanks for his time and kindness, and he said it was a pleasure and, Any friend of My Cousin Michael Patrick is a friend of the house, and he and Mick shook hands and said something in Gaelic to each other that made them grin conspiratorially, and we headed back to the mainland to where Mick and his wife lived on a hill behind which were many bushes filled with scraps of wool from the sheep who grazed there, and sally willows gnarled and humbled by the salt wind, and so much mist some days that Mick was thinking of packaging up the mist and selling it to people who lived in deserts and dry places. One of my children said you could use a drawing of Peter’s horse as your logo!, and Mick said that would be a terrific idea, except of course that the drawing would be so big that we would have to find boxes the size of counties in which to mail the mist, isn’t that so?