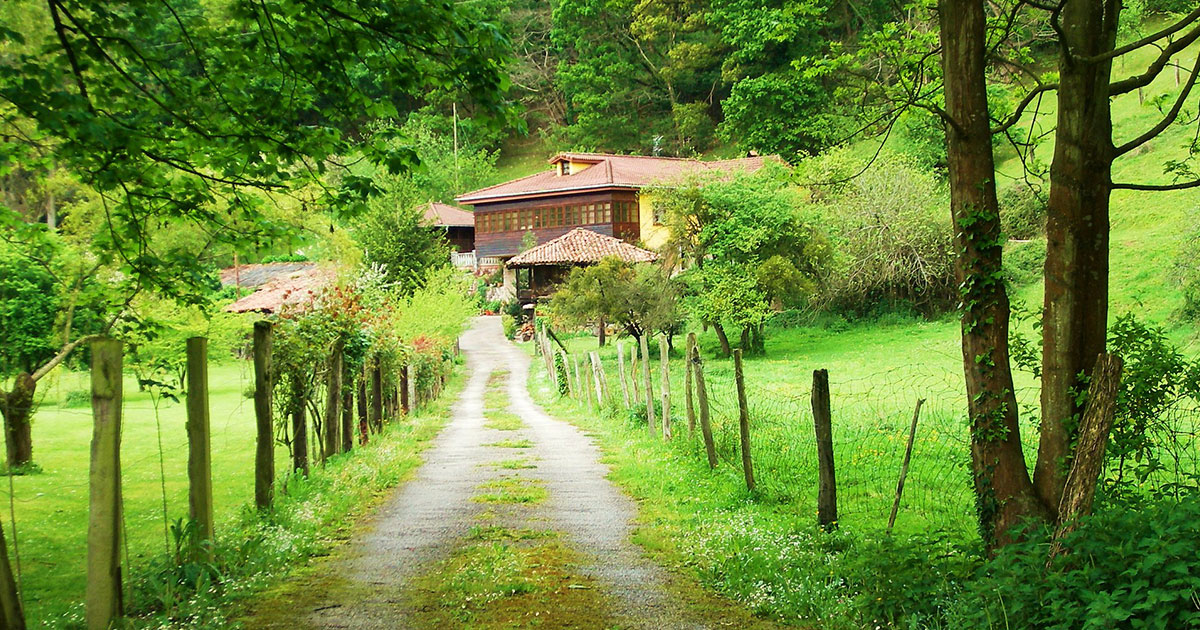 This, I reminded myself after signing an earnest money contract in early February, would be the last winter in the house. It was still my house, the only one I owned, which made the an appropriate determiner. The house. But soon—within three months—it would cease to be mine, and another abode would take its place. Until then, I was trying to get the house really fixed in my mind for the times I’d want to revisit it in memory. I was also trying to love everything good about it. I wasn’t worried that doing so would make me sad; on the contrary, reminding myself of its appeal and the kindly role it had played in my life kept me from lamenting that I was leaving after 20 years. Twenty good years, in sum.

These were years of raising children, of making friends in this country, of finding work, of stretching and expanding my horizons, figuratively but also literally as I enlarged the yard—building walls, paths, and fences, and taming new patches of ground. Most recently, during the first months of the pandemic, it was the back yard rescued from disuse with a new stone-paved area in the corner against the rear of the garage and a new wooden fence where I thinned the bay laurels and tore out the bramble along the property line. Before that, I’d set the yard up for the rabbits and the guinea pigs that were our pets, with various shelters for them, and before that, I’d fenced the area for the chickens and built a chicken coop. Around the corner in the side yard, the additions included a Christmas pine that rooted when I stuck it in the ground, flowers and stone steps on the hillside, and a retaining wall that did the job of holding everything in place for a few years before shifting, slumping, and rolling away down the hill, stone by stone. In the front yard, the old washing trough by the well converted into a fish tank, fitted with a pump for a fountain. Also a flowered grotto in the clasp of a half-hollow old apple tree, until the tree finished dying and fell over. A palm tree a foot high when I put it in and now standing taller than the apple tree at its prime. Two more Christmas pines, grown enormously tall in the 15 or so years since I planted them, and a set of wide steps of gigantic stones on the slope between the two.

Those massive flat stones I wrangled into place using a long iron bar to prod and pry and lift. That was my last big successful stone construction. But an earlier one that is both beautiful and practical is a broad raised stone walkway against an existing low wall featuring wells for flowers, with azaleas in one and in the other lilies that grow tremendously tall and beautiful each summer, yellow like the rising sun. An orange tree, a lemon tree, a walnut, several clusters of hazelnut, and a plum tree dot the yard in no particular formation, like sailboats anchored in a harbor.

Enclosing all this is a new wire mesh fence at the bottom of the yard with a cunning shed just beyond it for the donkey, complete with a small food trough and a dutch door. The fence was finally sturdy enough to keep the dogs in and the donkey out. And that is the sum of 20 years of digging and tugging and cutting and hauling, planting and pruning. Life springs up, structures take shape to support and protect, and then over successive seasons of gardening comes the gradual sinking and shifting and eventual breaking up, as happened most conspicuously with the retaining wall but also on another bit of sloping ground where with a wheel barrow of compost and some bricks I had constructed a terraced garden around a ginkgo, a trumpet flower tree, and a climbing rose. Soon two avocados sprouted from seeds in the compost, overcrowding the patch. The dogs pried loose the bricks, the stinging nettle grew up, and my terraced oasis became a terraced jungle. Meanwhile I’d added a níspero, an ornamental shrub called loquat in English, grown from a seed in a pot, where it had hobbled along for a couple of years. Once in the ground, it took off, and last year it flowered and produced buckets of golden orange fruit. It is now 12 feet tall, rising above the pile of stones, bricks, and nettle. Who knows, I’d thought, one day I might restore the steps and replant the borders to show off the trees. Now I know: I never will. It will be someone else’s job to restore that island in the green sea of my not-so-secret garden.

My house, I said, and yet I thought principally of the grounds, the slopes and hollows surrounding the building. Not strange, though: I say my life but think of the streets, cities, fields, mountains, rivers, and plains that have stretched around me, not of the kernel at the center, the shiny dark pit of me, from which I emerge. No man is an island, said Donne, but I think everyone is. Islands do not float, but even so I believe we exist free and constrained on a sea that underlies and holds us up, and that’s what I picture: individual islands and island clusters, floating free but straining toward the seabed like a plant in water trying to put down roots and anchor. All around me they appear, these islands, these small parcels of personage, sometimes visible at great distances and sometimes lost in haze, sometimes glinting like bobbing buoys, like colorful sailboats anchored on the sea, like a fleet preparing to set off on a sunny morning. This week I will wake in a new house, protected and supported, and then I’ll venture out, taking first steps in a brave new world.