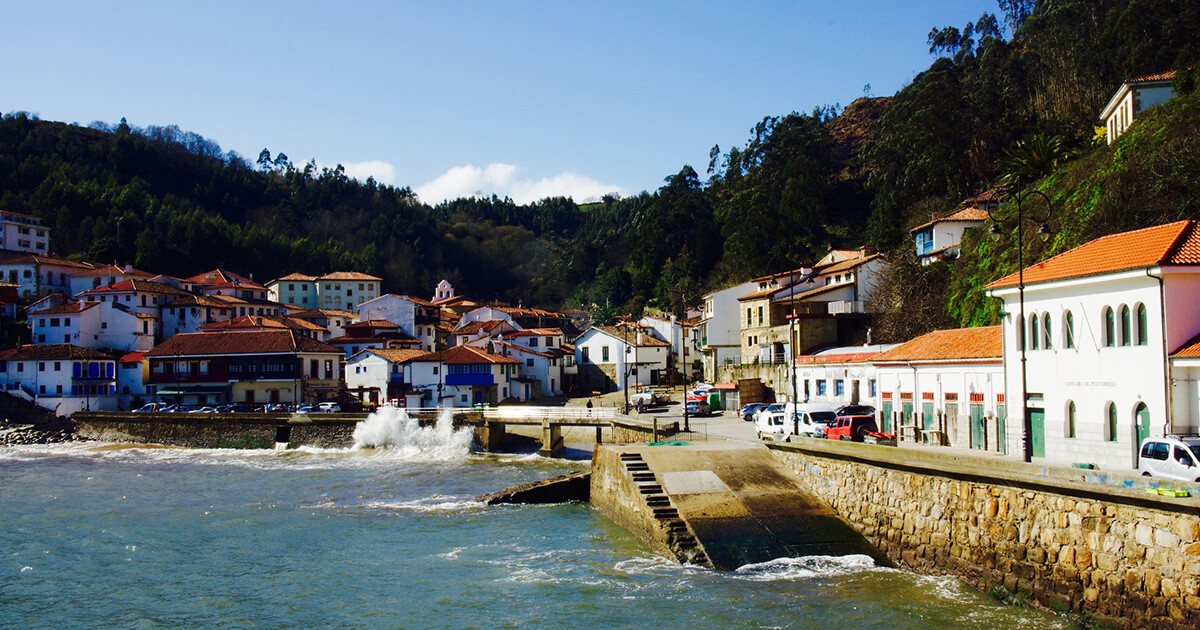 The first week in February, the local news was all about a woman who was murdered by the ex-boyfriend she’d left several months earlier, stabbed 20 times, violently and horribly. The word in Spanish for such cruel excess is saña, and though I guessed the meaning when I read the word in the newspaper article, a friend confirmed it. We were having coffee in a bar in the fishing village of Tazones after an outing and had picked up the paper from a table. I’d learned in previous days of the murder, and then of the means, and now I knew the number of strikes. And a new word.

The other news item that week—and the reason we were in Tazones—was the crumbling bluff above the village. The earth is shifting, actually opening up, great cracks appearing in fields beside the Tazones lighthouse. Geologists had come and done studies and made dire predictions that immense slabs of rock and dirt would soon break off. The lighthouse itself, we’d heard, was in danger. We’d decided to visit the area while we still could. What would we see, what would we feel? Carole King sang of feeling the earth move under her feet, but she was full of delighted wonder. I imagined my feeling would be regret for the imperiled lighthouse and awe at the slowly roiling earth.

By the day we decided to go, the area in imminent danger of falling into the sea had been placed off limits, with signs posted and tape strung across dirt roads. But the trail from Tazones to the old jet mine near the neighboring village of Oles was open, and so we’d followed it that afternoon, straight up the cliff face on stone steps to arrive near the lighthouse at the top. Skirting the danger zone, we followed the trail over the bluffs to Oles and on beyond to the mouth of the mine, then back by the highway to Tazones, and then to the bar, the coffee, and the newspaper. More than the lighthouse or abandoned mine, or the appalling details of the murder, my mind was on a golden retriever we’d come upon that afternoon, standing alert in the road, a fluorescent green collar showing in the pale fur. He’d eyed us, decided we were his kind of people, and then turned to follow us as we passed.

Soon he was ahead, leading us toward the mine. On the back lanes, it was fine to have him along; but what if he were still with us when we reached the main road? We had no plan. None but telling him to go home. He wasn’t so inclined, though, and stayed with us all the way to the mine, then back to Oles, through the village, past where he’d first joined us, and then almost to the highway.

But by some miracle we outlasted his interest, and when we reached the highway, we were alone again. Daylight was coming to an end as we completed our loop to Tazones. If only the murdered woman had been able to outlast her ex’s interest. Instead, it was he who couldn’t stand outlasting hers. Saña is all about action, but isn’t it also reaction? Saña is horrifying, but it’s also pitiable. I felt sorry for anyone lost, anyone at sea, and anyone thinking they’re on safe, solid ground before the earth opens up.