The Nature of Things 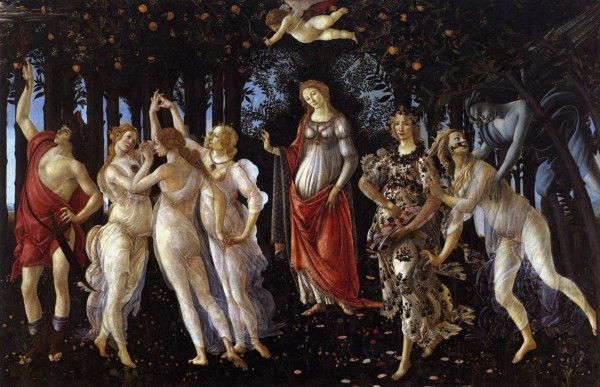 At the center of The Swerve is the story of 15th-century book hunter Poggio Bracciolini, “perhaps the greatest in an age obsessed with ferreting out and recovering the heritage of the ancient world.” It is the story, too, of his greatest discovery: the dazzling philosophical poem by Lucretius that he found hidden away in a German monastery and rescued from oblivion—De Rerum Natura, or On the Nature of Things, written in the first century BCE.

Literary historian and Shakespeare scholar Stephen Greenblatt—himself a book hunter of distinction—tells these stories with verve, beginning with Poggio’s horseback journey through Germany in search of old manuscripts. Greenblatt’s dramatic account of Poggio’s quest—of how he came to undertake it, and of everything that befell him after making his great find—allows readers to experience with him all that he had to go through and his sense of triumph at finally having the book in hand.

Poggio’s discovery, Greenblatt writes, meant that he, “without ever intending or realizing it, became a midwife to modernity.” This startling claim echoes in the book’s subtitle. Whether or not it convinces readers, it will surely draw them into Greenblatt’s absorbing narrative of the book’s discovery.

Greenblatt’s preface conveys his own sense of liberation when, as a student, he first came upon Lucretius’s poem. Its message—that the primary source of human unhappiness is the superstitious fear of death—brought to mind the oversize role that fear of death played in his own childhood. His mother’s certainty that she would die young and her ceaseless, tearful talk of her impending death placed a huge emotional burden on her children. Greenblatt felt thrilled by Lucretius’s condemnation of such fears and grew convinced that people, having rid themselves of such fears and superstitions, should instead seek happiness through the pursuit of pleasure and beauty.

To that book and its teachings, Greenblatt brings both spirited advocacy and close and informed analysis. At his disposal, he has historical, literary, and technological resources beyond the wildest dreams that Poggio could have entertained, yet that build on Poggio’s labors and those of his fellow Renaissance humanists. In a chapter appropriately entitled “The Way Things Are,” Greenblatt distills the central views from Lucretius’s long, beautiful poem, leaving aside some of its more turgid passages, and shows how it elaborates on the earlier teachings of the Greek philosopher Epicurus, who was an object of cultlike veneration among his followers. Lucretius hails him as a father and a godlike figure who had come to save the world from its errors and delusions.

The core of Epicurus’s vision—shared by Lucretius—may be traced, Greenblatt explains, “to a single incandescent idea: that everything that has ever existed and everything that will ever exist is put together out of indestructible building blocks, irreducibly small in size, unimaginably vast in number.” These are atoms, all in motion in an infinite void, in a universe for which there has been no creator or designer. Instead, everything comes into being as the result of a “swerve,” with the atoms shifting at random and ceaselessly and unpredictably colliding with one another. As strange as this must have seemed to the competing schools of thought in antiquity, it turns out to have much in common not only with contemporary science, as with quantum theory, but also with aspects of Buddhist thought.

One reason why the Epicurean understanding of the universe and of living beings was so hotly debated in both Greece and Rome is that it provided unexpected, provocative answers to scientific speculation about the world as well as to fundamental moral questions. Pythagoreans, Stoics, and followers of Plato and Aristotle all rejected the Epicurean linkage between pleasure and virtue as overly simple; most also found its view of death counterintuitive. Then as now, believers in different faiths and skeptics alike disagreed about whether they could see the universe as an orderly cosmos. The Stoic emperor and philosopher Marcus Aurelius, for example, who knew the Epicurean tenets well, offered in his Meditations an entirely different view of what would cause him to fear death:

If gods exist, you have nothing to fear in taking leave of mankind, for they will not let you come to any harm. But if there are no gods, or if they have no concern with mortal affairs, what is life to me, in a world devoid of gods or devoid of Providence?

However convinced Epicurus and Lucretius were of the truth of their own views, free will posed a special problem for them. If people must reject superstition and dogma to seek their happiness, how are they to do so in a world of random and unpredictable swerves? “Whence comes this free will in living creatures all over the earth?” Lucretius asks, only to answer, with sweeping oracular imprecision, that “what keeps the mind from having necessity within it in all its actions and from being as it were mastered and forced to endure and to suffer, is the minute swerving of the first beginnings at no fixed place and at no fixed time.” How could it be that Lucretius’s brilliant, thought-provoking poem would gain broad recognition when it first appeared in Rome, only to disappear from view, along with nearly all information about his life? Greenblatt explores the reasons in fascinating detail. To be sure, as he indicates, most ancient books have been lost throughout history, often through natural causes such as rot, mildew, even papyrus- and parchment-eating worms, along with earthquakes, storms, fires, and volcanic eruptions. Alas, intentional destruction by human beings further endangers the survival of books. Greenblatt points to the rise of Christianity as especially threatening to Epicurean texts: they were “attacked, ridiculed, burned, or—most devastating—ignored and eventually forgotten”; a “grand design” took form among third- and fourth-century Christian authors such as Lactantius to make Epicureanism, with its emphasis on the pursuit of pleasure and the diminution of pain as the highest good, seem like the enemy of the truth. But Greenblatt also stresses the labor of the Christian monks who, in the end, made it possible for book hunters like Poggio to recover lost works: “without prizing either learning or debate, monks nonetheless became the principal readers, librarians, book preservers, and book producers of the Western world.”

The last chapter of The Swerve, “Afterlives,” shows how a book that firmly denied the possibility of life after death turned out to have a flourishing afterlife of its own. Beginning with Sandro Botticelli’s Primavera and Shakespeare’s Romeo and Juliet, Greenblatt brings in a plethora of works to show the remarkable influence of On the Nature of Things among artists, writers, scientists, and philosophers in the centuries since Poggio rediscovered it. In drawing attention so vividly to the fate of that book, so nearly lost, The Swerve will guarantee that debate about its tenets will not soon die out.