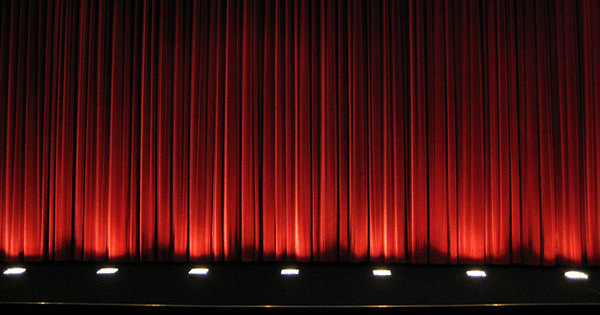 The 54th New York Film Festival, a perennial highlight of the fall season, came and went recently. I was able to see 19 of the new selections and two retrospectives, and from that assortment it seemed a pretty good year, with a mixture of possible masterpieces, half-brilliant/half-pretentious noble failures, ho-hum time-fillers, intriguing documentaries, a few under-the-radar dark horses, and one or two what-the-heck-was-that entries. The festival has always been run along the lines of uncompromising aesthetic rigor, and the hell with pleasing a crowd—it is, in short, blessedly elitist, perfectly suited for cinephile snobs like me. With that criterion in mind, I offer the following thumbnail evaluations:

Toni Erdmann, the highly touted German comedy by Maren Ade, lived up to its advance word: it was ebullient, surprising, shape-shifting, and, being the story of a father’s love for his daughter, it warmed my heart particularly. Some found it overly long; not I. But then, when I get really into a movie, I don’t want it to end.

Sieranevada, by one of my favorite Romanian directors, Cristi Puiu (he of the relentless Death of Mr. Lazarescu) serves up three hours of a Bucharest extended family at each other’s throats—what could be better? Seriously, if you like grim, relentless movies with a touch of absurd comedy, beautifully staged and shot-composed, this is heaven. As for the title’s significance, I haven’t a clue, except that it’s the name of a good beer and the characters drink a lot.

Moonlight was everyone’s favorite, and I wish I could have liked it more. Barry Jenkins’ three-part portrait tracks the childhood, adolescence, and adulthood of a gay African-American man. The first section is dynamite, thanks to a terrific performance by the actor playing the do-rag wearing drug dealer who takes the boy under his wing. But the too-victimized protagonist is so closed off and silent that it puts a strain on the other characters to bring all the vitality. The film so wants to be tender that it shades into sentimentality and feels over-determined. Still, it’s memorable.

Kenneth Lonergan’s Manchester by the Sea has a strong feeling for its New England working-class milieu, and some amazing performances, most notably the central one by Casey Affleck as the hugely damaged protagonist, but also supporting ones by Michelle Williams and young Lucas Hedges. Lonergan’s playwright chops are demonstrated by his sharp dialogue, even if his filmmaking skills still seem a little clumsy.

Jim Jarmusch, a far better filmmaker, technically speaking, offers up an exquisitely shot Paterson, about a wannabe-poet who drives a bus. But the characters are thin (I wish Jarmusch had half Lonergan’s ability in this area), and a sort of fey bohemian cool, with the requisite neighborhood diversity (like one of those French utopian-banlieu movies) made it a little too cozy and gentle for a cynic like me.

Albert Serra’s The Death of Louis XIV is essentially a showcase for the great Jean-Pierre Léaud (who has come a long way from François Truffaut’s urchin) to linger mortally on camera for two hours in his royal elaborate bedchamber, surrounded by courtiers, doctors, quacks, and flunkies. This film was part of the NYFF’s newly instituted avant-garde section, which suggests a tedious workout; but I found it among the most steadily engrossing and intelligent on offer.

Another great French film star, Isabelle Huppert, anchored two of the festival’s films, Mia Hansen-Love’s Things to Come and Paul Verhoeven’s Elle. Huppert, who can carry a film on her shoulders as surely as John Wayne did in the old days, is a startling thespian phenomenon, in that she so often plays an icy character, her face hard to read, borderline-inexpressive, or at least mysteriously enigmatic, and so what accounts for her charismatic watchability? She acts with her whole body, and gladly gives herself to rules in which her strong-bitch-woman character is humiliated, mutilated, or besmirched. Verhoeven, a filmmaker with a perverse (some say misogynistic) streak, puts her through her paces in Elle; she is violated three times and each time gets up stronger. I did not believe any of the cartoonish plot, but thought it handsomely shot and staged. By contrast, the much more convincing Things to Come, made by a woman director, sympathetically observes Huppert as a middle-aged leftwing academic who is abandoned by her husband, suddenly out of sync with her radical ex-students, and forced to find other resources to sustain her daily life.

The what-the-heck-was-this entry, My Entire High School Sinking into the Sea, is a hyperactive animation film by the graphic novelist Dash Shaw. A fantasy that merges the high-school nerd-gets-popular genre with apocalyptic disaster flicks, it features the voices of Lena Dunham, Jason Schwartzman, Maya Rudolph, and Susan Sarandon, and could not be hipper if it tried. I watched it like a befuddled anthropologist hiding behind jungle growth, observing the rituals of an exotic tribe. Is it good? I have no idea. But it sure is busy.

I hope to write about some of the documentaries next time.