How do women do it? 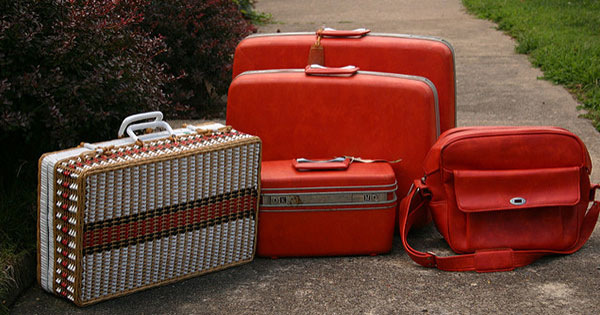 I used to be amazed at the amount of stuff women needed just to get out the door in the morning. Sometimes my amazement took an analytical turn: were females and males really so different in physical configuration to necessitate a cavernous handbag of supplies for the one, a trouser pocket or two for the other?

It was secret admiration of course: when you’re like me, you’ll attribute magic to anything that sets the world of women apart, regardless of how women themselves may feel about that thing. So of course I was hypnotized by, and jealous of, the complex fugue of feminine presentation, a woman’s continual tracking of the state of her lipstick, hair, nails, hose, and the position of her legs while sitting. Which isn’t to say I don’t also admire tough chicks in jeans who go out to bars with a few bills wrapped around their ID and tucked into a bra.

As a guy I dressed like a slob. Sneakers, jeans, T-shirt. Maybe a pullover, or button shirt for work. I was bored by men’s clothes. Men’s fashion—let’s face it—is pretty much a contradiction in terms, but there were other reasons I wasn’t so interested in how I looked as a male. Sometimes on the phone, a blind date would say, “I’ll be the one in capri pants and ankle boots, maybe a cardigan if it’s chilly, and my hair in braids.” “Great,” I’d say, “I’ll be wearing pants and a shirt.” Packing for a trip consisted of this many pants, that many shirts, thrown in a bag with some socks, underwear, toothbrush, razor. Badda bing, badda boom.

The first time I packed to travel as a woman, I didn’t know where to begin. I arranged outfits on the rug. Let’s see, how many days will I wear jeans? If I wear each pair twice, I guess the rest are skirt days. Perhaps a dress or two—these don’t take up much space—in which case I won’t need tops for those days. Do I have room for a sweater or two? What about hosiery—what color? I almost forgot jewelry! How do I decide on earrings in advance? I usually pick them out once I’m dressed. And makeup was a whole other list (this was early on, when I relied on foundation and contouring). Let’s not forget wigs, maybe some headscarves. I guess I should bring nail polish—no manicure lasts more than a week—and a file. What’ll I sleep in? What if all these outfits are too formal? Will I be warm enough? Yikes: I almost forgot shoes!

How do women do it?

Packing has gotten simpler with time—thank God. I’m better at estimating what I’ll need, use less and less makeup (thanks to laser, which has knocked out my dark whiskers), and I’ve settled on one wig that works. Being female full-time, along with bodily changes from hormones, has made me more relaxed about presentation. Some of the femininity I used to invest in surfaces has moved to a more secure, internal locale, and I don’t reach for as many things. I’m writing this on a train from New York to Montreal, where my girlfriend has booked an Air B&B apartment. I’ve got a Jansport pack with two pairs of jeans, two blouses, a black mesh pouch with makeup, and I’ve got on a dress I could wear again. My handbag holds my computer, wallet, passport, four days of hormone pills, and a sandwich.