What Our Politicians Can’t Bring Themselves to Say 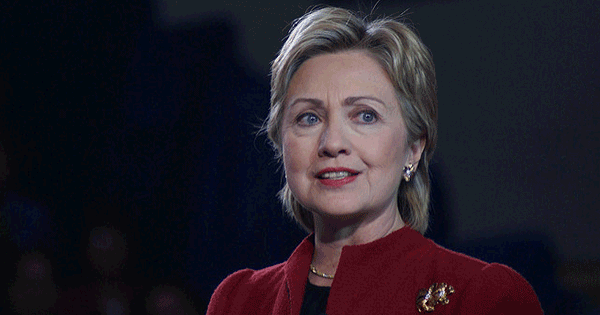 In the midst of my anxiety and dismay while watching the three presidential debates, I began to wonder: What would happen if certain questions could be truthfully answered? I did not expect truth to issue from Donald Trump, who lies as the nightingale sings, but I do hold Hillary Clinton to a higher standard. For instance, when asked about the discrepancy between her private feelings and public statements, and whether this indicated that she was two-faced, it would have been so refreshing to hear her say:

“Of course there is a difference between my private and my public selves, as there is for everyone. That does not mean that I am ‘two-faced,’ in the sense of being a hypocrite. Because I am a complex human being and have an inner life, there are many aspects to my consciousness. Moreover, I may be in the process of changing my mind while weighing the issues. As Montaigne says, man is inherently variable and inconsistent, and moreover, we must keep a private storehouse just for ourselves—”

Okay, maybe it wouldn’t be such a good idea for her to quote Montaigne. As it is, instead of owning up to her own complexity, she took the indirect route of citing Lincoln, as the precedent of a great leader strategizing in order to push through a controversial policy. All true, and a fairly intellectual answer at that, but Trump pounced on her and said she was trying to hide her false self behind honest Abraham Lincoln. Strange, this political game of “gotcha” and accusing one’s opponent of flip-flopping, which fails to take into account the truth of Walt Whitman’s assertion that he contradicted himself because “I contain multitudes.” (Hmm. Maybe it’s just as well she left Whitman out of it.)

Another example: both candidates asserted that they had a plan to wipe out ISIS. They must know—certainly Clinton does, being an experienced diplomat—that there is little chance for all manifestations of jihadism to disappear in our lifetime. Even if you were to eradicate ISIS, some other entity would doubtless spring up, given the persistence of anti-Western resentment, power vacuum-fueled nationalism, and competition for resources in the Middle East. ISIS itself is a splinter of al-Qaeda, both of which are still around. Moreover, we can continue to expect lone-wolf psychopaths who will latch on to any cause as the impetus to shoot up malls and nightclubs.

Regarding a candidate’s “contamination” by Big Money: hey, we’re living in a corporate capitalist society, and it is virtually impossible for any national politician not to interact with, or accept the support of, wealthy players. That does not necessarily mean that one is a puppet of the oligarchy, or that one cannot still press effectively when in office for a progressive agenda.

Also, while it’s entirely understandable and even appropriate for presidential candidates to express a patriotic love for this country, why must it take the exaggerated form of asserting America’s “exceptionalism”? Why keep saying that America is the greatest country, the hope of the world, God’s own sword, and so on, when such self-flattering boasts and assertions of our strength to crush anyone who gets in our way have landed us in such trouble? A little humility and historical perspective would go a long way toward treating the public like adults.

Finally, if Trump parades Bill Clinton’s ex-lovers in a press conference or rants about his abuse of women, why can’t Hillary Clinton simply say: my husband isn’t running for president this year; I am. Perhaps the reason she can’t do this takes us back to the original conundrum: her inability to admit that she has both a private and a public self. She is very uncomfortable revealing her interior level. She will talk till the cows come home about policy or recite her resumé, but she shies away from voicing self-reflectiveness. Commentators say she must show more of her “vulnerable” side. I think she is plenty vulnerable. You can watch her face register shades of mercurial emotional shifts, from pleasure to panic to irony to uncertainty to disdain.

What she does not do well is self-reflect: that is, articulate her self-awareness and take the voters into her confidence. Some politicians can do that, though it’s a gamble and can get them in trouble. Remember Jimmy Carter telling Playboy he lusted in his heart? Donald Trump is always talking about himself, even in the third person, though it is all braggadocio with nary an insight. I am sure Clinton has done extensive psychological homework on herself, in private, but she is too guarded or proud to show much of it to us. That is why some find her too “coached.” To loosen up her capacity for self-revealing, I recommend she take a personal essay writing class. I would be more than happy to teach it, though some of my colleagues in Washington, D.C., might do as well, if they can pry her away from her presidential duties.