Wielders of the Knife

How doctors learned to keep patients alive on the operating table 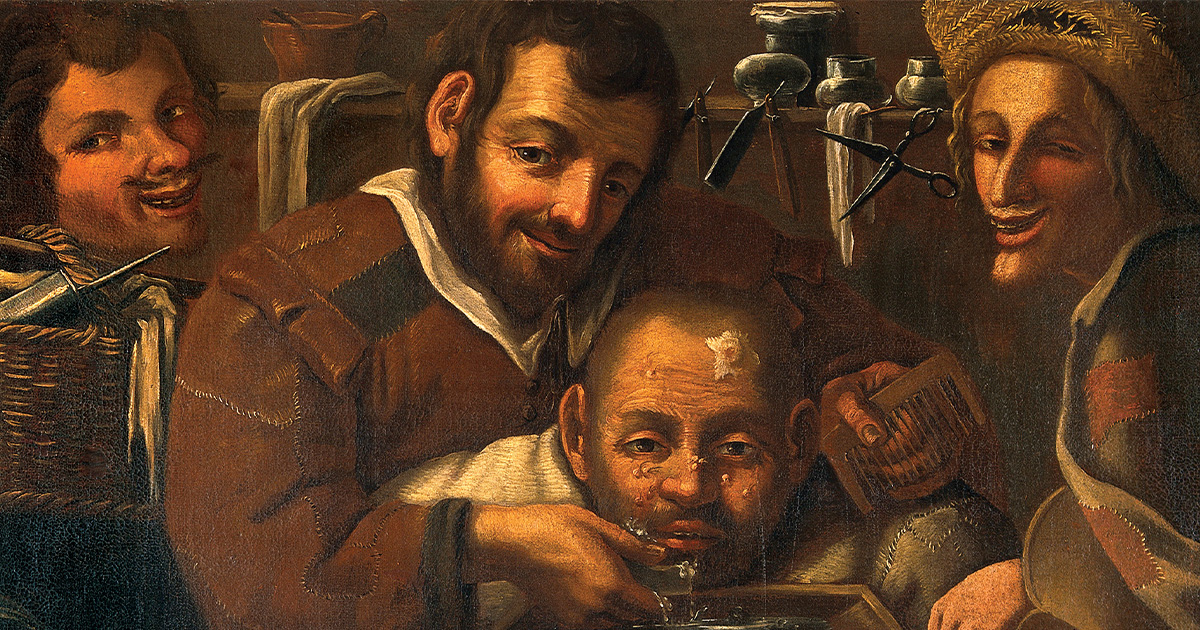 “War has always benefited surgeons,” writes Ira Rutkow in Empire of the Scalpel: The History of Surgery. “Battlegrounds, with their vast numbers and wide variety of wounded, provide intensive opportunities for the education and training of men who practice surgery.” He’s referring to the career of 16th-century “barber surgeon” Ambroise Paré, so called because in the Middle Ages and on into the Renaissance, barbers, with their sharp instruments, routinely performed surgeries on wounded soldiers and on civilians. Rutkow credits him with figuring out how to control bleeding during surgical operations—like amputations—by tying off blood vessels. Paré, he writes, “solved the second of the four foundational elements needed to successfully complete a surgical operation.” The first, tackled by Paré’s contemporary, Belgian physician Andreas Vesalius, was understanding human anatomy; the third and fourth—anesthesia and antisepsis—were still far in the future.

The history of surgery is thus formulated as a set of problems to be solved, and the stories of the surgeons who solved them. Rutkow, himself a general surgeon and historian of American medicine, pays particular attention to landmark operations, such as the 1686 repair of King Louis XIV’s anal fistula. The king’s chief surgeon, Charles-
François Félix, studied the medical literature for six months and practiced his technique on a series of unfortunate indigent patients before operating. Rutkow does a wonderful job with this scene: “At 7:00 am on November 18, Louis XIV, accompanied by his mistress, ministers, two physicians, and four apothecaries, was placed facedown on his bed. A pillow was positioned under the king’s stomach and his buttocks and thighs were held apart by the apothecaries.” Ruktow takes a professional interest in the surgical instruments that Félix used, including a new knife he had invented for the purpose (le bistouri à la Royale), as well as in the specific anatomy of the operation, which ultimately succeeded. Afterward, Félix was raised to the nobility, and the surgical profession rose with him, at the expense of general medicine, which had failed to bring relief.

Some of Rutkow’s characters are relatively well known, such as English physician William Harvey, who in the 17th century dissected all manner of animals in the course of determining that blood moves, “as it were, in a circle.” Others will be less familiar, like William Cheselden, who in the 1730s figured out how to remove bladder stones, with “almost sleight-of-hand operative dexterity,” in a procedure lasting only a minute or two. Also in the 18th century, Scottish physician John Hunter assembled a menagerie outside his house on the outskirts of London, where he carried out studies in comparative anatomy. He also did experiments on his own body, even injecting himself with gonorrhea. His extensive anatomical research and his writings, Rutkow writes, “helped bring the previously mechanical art of surgery and its technical concerns within the aegis of scientific Medicine.”

Rutkow’s chapter on the advent of antisepsis is particularly effective, telling the story of Joseph Lister, the British surgeon who successfully applied Louis Pasteur’s microbiologic discoveries to the techniques of surgery and wound care. His antiseptic techniques, using carbolic acid to kill bacteria, first published in 1867, could prevent the horrors of blood poisoning and “hospital gangrene.” Lister’s ideas were initially met with “both indifference and opposition” by surgeons, who disbelieved the new germ theory of disease and were wary of the complex and changing protocols of antisepsis. Still, by the end of the 19th century, Rutkow writes, “surgical patients were more likely to leave a hospital alive than dead and with intact arms and legs.”

Blood transfusions were first used to treat shock during the First World War. But history and surgery come together in a more complex and moving way in Rutkow’s account of the Second World War, especially in the story of a brilliant young African-American surgeon named Charles Drew. Working with the Blood for Britain project and later, albeit briefly, with the American Red Cross, he pioneered the development of large-scale refrigerated blood banks that saved the lives of many wounded soldiers. In 1942, he resigned from the Red Cross after only two months, at a time when the organization was insisting that blood donations be segregated by race. Drew went on to a distinguished teaching career as chair of the Department of Surgery at Howard University, but the shameful policy he spoke out against continued until 1950. When, that same year, Drew died in a car accident, a rumor grew that he had been refused treatment—and particularly blood transfusion—at a segregated hospital. Although Drew did receive appropriate medical care, including a transfusion, Rutkow writes, from doctors who knew that they were treating a distinguished colleague, the “racially charged allegations concerning Drew’s death likely originated from frustrations with the widespread southern policy of hospital segregation and the denial of medical services that caused the deaths of countless black accident victims in that era.”

In Rutkow’s able and distinctly surgical hands, his profession and its intricate history offer unexpected and fascinating perspectives not only on the operating table but also on war, science, society, and human behavior, as well as the biggest questions of all: how we die, how we kill, how we heal, and how we cure.

Perri Klass is professor of journalism and pediatrics at New York University and the author of A Good Time to Be Born: How Science and Public Health Gave Children a Future, about how the decline in infant and child mortality has changed the world.