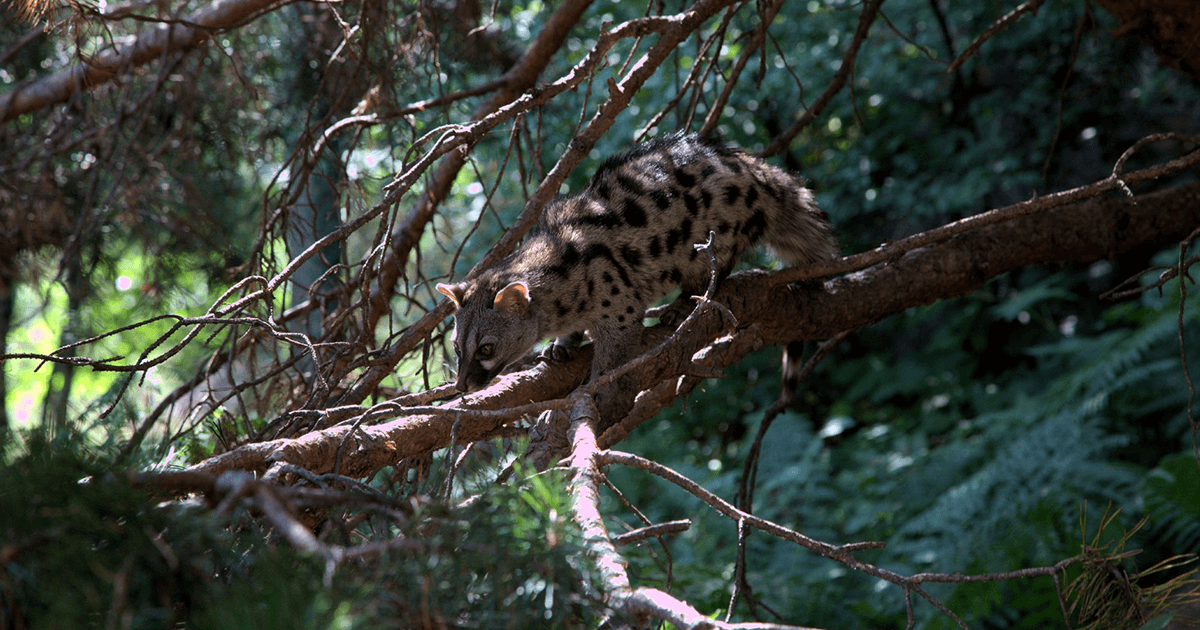 In bed but unable to sleep one September night, I heard a strange cry coming from the woods below the house. In my years living here, I’ve often heard this call in the wee hours. The first time, I’d thought it was a creature in distress. But after listening to it on several other occasions, I decided it was a cry of warning or of hunger. An announcement, not an appeal. It never sounded exultant or gleeful, but I heard it without worrying: the cry, after all, as piercing as it was, never set the dogs off. If they’re not bothered, I’ll not be either, I thought, though it’s a gurgly, quaky, high-pitched, guttural cry, both sharp and deep, an entirely impossible cry, coming from those dark mossy woods where I’d only ever seen or heard the occasional hedgehog, frog, squirrel, woodpecker, or cuckoo. Among those creatures, though, lives another, one that’s awake in the night. What could it be?

On one occasion early in the summer, the dogs awakened me with loud, frantic barking coming from right in front of the house. When I went down to find out what was happening, I discovered one dog pulling hard at his chain and the other circling the ginkgo tree. I looked up. High in the branches I saw eyes glinting, and when I flashed my light into the tree, I saw a pair of ears like a cat’s, a sharp face like a possum’s, and a long bushy tail like a raccoon’s. It was staring at me. Ah! A gineta! Also called gato árabe, it looks like a ringtail cat, but is native to Africa and possibly introduced in Europe during the Muslim invasion. In English it’s a genet. It was the first time I’d ever seen one. I called the dog away from the tree and tied him up, and then ran for my phone to get a picture, wondering what had brought the animal at its peril into my yard.

The Spanish, like us, say curiosity killed the cat. But is it true? When cats and death appear together, the death tends to be of some small and inoffensive creature, like a mouse or a grasshopper, and not the cat. Even before I appeared, the gineta was in no danger, having solved the problem of the dog. And curious? A cat will slap its paw on anything that moves, but once movement has stopped, hardly looks at what it has. It can’t be bothered. While I rummaged for my phone, my own two cats were still asleep on my bed.

When I returned to the yard, the animal was halfway down the tree, again staring straight at me, still as a statue. The picture I took shows in very poor detail the face and the tail among the leaves of the ginkgo, and recalls photos of the Loch Ness monster, so fuzzy as to be doubtful. But I had seen it, I knew it was real, not like the creature making the eerie forlorn call floating up from the bottoms, year after year.

On the September night, I listened to the eerie call for a long while in the dark. The next day, trying to identify it, I looked at some You Tube videos with birdcalls. The closest match was an owl. What a screech! It hardly seemed to come from the comically decorous animal filmed on a tree branch, eyes wide and startled, head swiveling like a circus contortionist. An owl with ear feathers is a búho, and the smaller variety without them is a lechuza. I’ve seen lechuza in my neighborhood. I closed my eyes to try to hear again what I heard at night—the rising cry, sobbing, stabbing. Was it the same? But I kept picturing the owl in the video, pulling back slightly, surprised the way a cat can be, calmly astonished or even appalled at your uncouth attention. Like a cat, the owl sits and observes, not much taken by its surroundings. Hardly surprising that Edward Lear’s owl fell in love with the pussycat. It’s the cat of the bird world, giving nothing away. Until that cry.

What could it mean, this call, year after year? What could it mean that a gineta had come into the yard in the middle of the night to climb the ginkgo? That it took 20 years to find us? That the lechuza has always known but keeps a distance? That the dogs bark for hours on end at a wild boar in our lane but don’t remark the presence of the owl?

Perhaps the next time I hear the long, wavering cry I’ll push the cats off my legs, rise, and investigate. But wait, I tell myself about the sobbing creature in the forest. What if the curiosity that kills is not the cat’s but ours for the cat? Best to let it be.