What does the advent of ChatGPT mean for already beleaguered teachers? 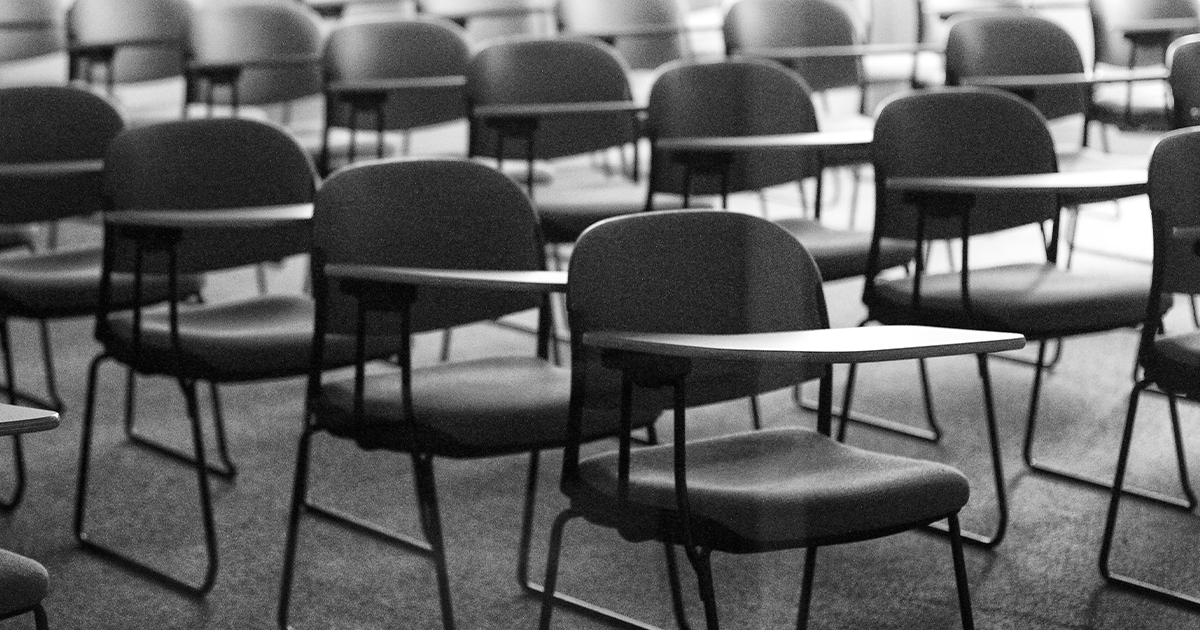 Have you heard the one about the two English professors who walk into a bar while lamenting their professional demise thanks to ChatGPT? They order a couple of beers, and the bartender says, “Why so glum, my friends? ChatGPT is just a tool. Don’t let it define you.”

No? Well, neither had I—until I asked ChatGPT to fill in the blank after “and the bartender says.” For the heck of it, I also asked the program to generate the answer as a koan. It’s hardly a knee-slapper, granted, but no worse than my own lame effort: “What’ll it be, gents? / Wait, no need to tell me / I’ll ask ChatGPT.”

The joke, it seemed, was on me.

But no one in the academy is laughing.

ChatGPT, released in November, is a chatbot powered by artificial intelligence that, according to its creators, “interacts in a conversational way” and can “admit its mistakes, challenge incorrect premises, and reject inappropriate requests.” The implications of this, particularly for the education field, are huge. So much so that several contributors to The Atlantic foresee in this latest spawn of Silicon Valley, the future of teaching. The reason is simply that ChatGPT works all too well.

In one essay, high school teacher (and former professor) Daniel Herman declares that with the advent of ChatGPT, his life “and the lives of thousands of other teachers and professors, tutors and administrators is about to drastically change.” In another, Stephen Marche, also a former professor, offers a timeline for the coming apocalypse: “Two years for students to figure out the tech, three more years for professors to recognize that students are using the tech, and then five more years for university administrators to figure out what, if anything, to do about it.”

Marche and Herman believe that they did the right thing by getting out of the humanities profession. But is the situation so dire for those of us who are still in it?

Not necessarily, according to Zeynep Tufekci. In her New York Times column, she observes that this is hardly the first time that the world has been upended by seismic changes in the transmission of knowledge. More than two millennia ago, Plato fretted over the shift from oral to written culture. Referring to what she calls Plato’s “Dialogues,” Tufekci cites the myth of Thamus, the Egyptian god who warned that writing, shunting aside memory, would breed “forgetfulness.” More ominously Tufekci continues, Plato believed this would allow anyone—even fools and knaves—to pretend they are someone “omniscient and wise.” But rather than, like Plato, lament these “supplanted skills,” as Plato did, Tufekci concludes, we should look for ways to create with these new technologies.

As I stare as my laptop, which rests on a table littered with student exams and papers, a coffee mug, my iPhone, and scattered books, including an old copy of the Phaedrus, I wonder if either of these camps has got it right. The subtitle to Marche’s essay is: “The College Essay is Dead.” Perhaps because Marche no longer teaches, he does not realize that the obit is a bit late: the college essay died years ago. During my three decades of teaching at a public university, I have encountered a dwindling number of students who can write a declarative sentence, much less a clear thesis. Perhaps more important, they have no desire to learn how.

The essay is dead, yes, but it is not yet buried. Instead, it has become the lifeless star of “Weekend with Bernie in the Groves of Academe,” a corpse that students and teachers have an equal interest in pretending is still alive. It’s a mug’s game in which a student sends me an electronic file that, when open, spills out a jumble of words that the sender propounds to be a finished paper. A week later, I send back the file, which, when open, spills out a cascade of red markings underscoring that the student’s words amounted to, well, a jumble. In determining grades, I try to find the elusive mean between the papers that my students wrote and the ones they thought they had written.

To paraphrase Dr. Who, memory is a wibbly-wobbly thing. But I do not think I am being overly nostalgic when I remember how students wrote when I first began teaching in the 1980s. Bad writers abounded back then, too. The difference was that writing—or, for that matter, reading—was a familiar, not a foreign, activity. Writing was as much a part of my students’ world as it was of mine—so essential a part that they most often took up my standing offer to comment on drafts.

Today, that offer still stands, but it stands mostly alone. The current generation of students has moved on from writing. Literally. Most students fail to see the relevance of writing in a world—their world—that is largely post-literate. They are at home in media not yet born when I began teaching, media that privilege images and sounds over written text. This does not spell the end of the world, but it does spell “tbh, dwbi.”

“Don’t worry ’bout it” is part of the appeal to Tufekci’s position. Just as we adapted to earlier leaps in communications technology, she writes, we can do so with artificial intelligence and language models. By flipping the classroom—the practice where students listen to recorded lectures at home and draft their essays in class—teachers can remain relevant.

Lol. Given the sheer irrelevance of writing in their world, one defined by mumblecore and memes, texting and TikTok, students will mostly flip the finger at such solutions.

Tufecki perhaps unwittingly points to a different approach. When she refers to the “Dialogues” of Plato, she means a specific dialogue, the Phaedrus. Yet the passage she quotes, the myth of Thamus, comes at the dialogue’s end and cannot be understood without knowing the rest of the text. Socrates and his sole interlocutor, Phaedrus, begin by agreeing to discuss what kind of speech—scripted or spontaneous—is truer to knowledge of ourselves and our world. Walking outside the city, with its streets channeling traffic, and into the countryside, where one is free to roam, the two interlocutors take turns trading claims and counterclaims. Just as their steps wander, so too do their words.

The spontaneous nature of this stroll mirrors Plato’s fundamental point about language: the superiority of an unscripted conversation to written words, which Plato calls “images.” As the interlocutors, who chose to join each other in this philosophical activity, pursue this dialectical back and forth, they stumble across—though do not always welcome—new perspectives on old matters. These shifts, Plato believed, cannot happen when one reads a written text. How could it be otherwise? Unlike a teacher or student, a book can no more protect itself against misinterpretation, the Platonic scholar Thomas Szlezak has observed, than it can choose its readers.

There is an irony too obvious for Tufekci to note: Plato writes to warn us against writing. Compounding the irony is that Plato writes so well. Szlezak might well be right when he asserts that Plato “never thought of entrusting his entire philosophy to writing.” But although he and countless other commentators debate such matters, Plato’s written words remain wordless. No matter how brilliantly Plato re-creates the artlessness of dialogue, his written words remain only that, re-creations—pale images of a free-flowing conversation between two people who, in the moment, were able to react to each other’s comments and further explain themselves.

What if ChatGPT spells not the end of the academy, but instead a revival—a return to its beginnings? The late Pierre Hadot, whose work revolutionized our understanding of the ancient Greek and Hellenistic schools of philosophy, contended that their goals were wholly unlike our own. Students enrolled in these schools, including Plato’s Academy, to be formed, not simply informed, by their teachings. Rather than studying in order to exchange their degrees for jobs, these students studied to change their lives.

According to Hadot, the Academy was not the ancient equivalent of a moot court, a place where students were taught effective debating techniques. They were taught, instead, to engage in dialogues, or dialectics. Ultimately, such dialogues—which cannot be scripted—are an exercise in humility, even a kind of wisdom, for they teach students (and teachers) “to put themselves in one another’s place and thereby transcend their own point of view.” In short, they entail “spiritual exercises which demanded that the interlocutors undergo an askesis, or self-transformation.”

Of course, the crisis facing the academy, apparently heralded by the invention of language models, will not be saved by trying to scale up this ancient approach. But while we debate the place of writing at the academy, it might help to recall that writing did not have much of a place at all in the original academies. Like most everything else, ChatGPT might prove to be little more than a footnote to Plato.