A brief excerpt from Clive James’s new collection of essays 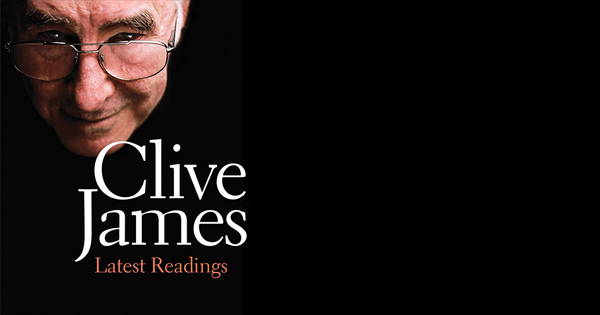 “If you don’t know the exact moment when the lights will go out,” the critic Clive James writes, “you might as well read until they do.” And write. Since his diagnosis with terminal leukemia in 2010, James has added a new translation of The Divine Comedy, two poetry collections, and two books of essays to his already considerably bibliography.

His latest is a collection of essays about what might well be James’s last reading list. In Latest Readings, James reflects upon beloved novels and books he never quite got around to reading, favorite poets and under-appreciated gems. One such neglected author is Olivia Manning, whose Balkan and Levant trilogies represent another of James’s favorite subjects: the novel sequence, which in England is “as natural as a row of willows”—and, in Manning’s case, is even better than the BBC television adaptation starring Emma Thompson and Kenneth Branagh. High praise indeed.

Few women, and indeed few men, had written fiction that took in the sweep of modern history. Olivia Manning did it. This, we fell, is how it must have been: the troubled territories with which we are now doomed to cope are all there in her clear river of prose. Recognizing the world that Harriet puts together in her mind as she persuades the hopelessly optimistic Guy, in one collapsing country after another, to get out while there is still time, the reader can draw solace. Doom feels a bit better.

How great was she? Deirdre David, who has written a rewarding book about Manning’s life, treats her as a giant. Having read the two trilogies, and then Deirdre David’s book as a follow-up, I feel bound to say that Ms. David is right—feel bound, that is, because Manning is still not getting the attention she deserves. She deserves something better than mere fame. She needs her reputation raised to the level of unarguable fact. …

Manning is a magisterial writer, the master spirit of her chosen genre. A quick way of conveying her stature as a sequential novelist would be to say that she is up there with Ford Madox Ford in his Tietjens tetralogy; with Paul Scott and his Raj Quartet; with Waugh’s Sword of Honour trilogy; and with the twelve volumes of Anthony Powell’s A Dance to the Music of Time. [But] the two sequences, taken together, outstrip anything else on our list for the sense they convey that the author sees the world as it is, and as it is bound to become, tragic experience having planted itself so deeply in the texture of time. Her great creation leads from then to now, and makes now more bearable.

From Latest Readings by Clive James, published by Yale University Press in August 2015. Reproduced by permission.