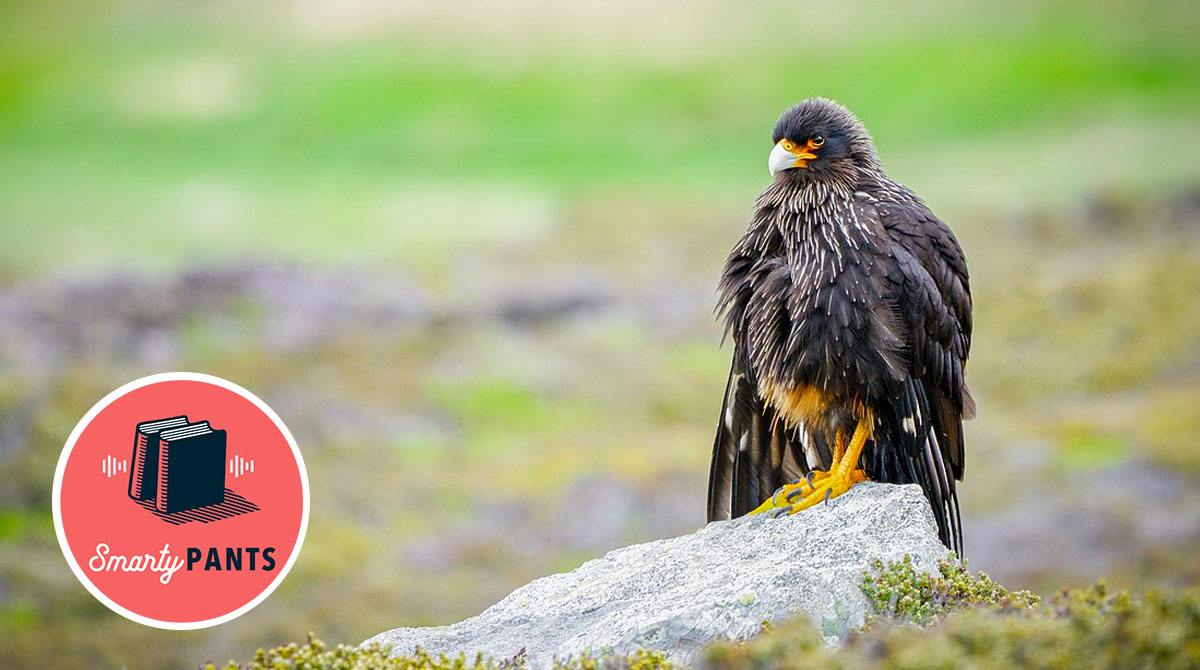 A striated caracara on the Falkland Islands (Ilya Grigorik/Wikimedia Commons)

Off the southern tip of South America, the remote and rocky Falkland Islands are home to one of the oddest birds of prey in the world: the striated caracara, which looks like a falcon but acts more like parrot. Charles Darwin had to fend these birds off the hats, compasses, and valuables of the Beagle; the Falkland Islands government had a bounty on their “cheeky” beaks for much of the 20th century; and modern falconers have used their understanding of language to train them to do dog-like tricks. The other nine species of caracara that span the rest of South America are just as odd in their own ways. In his new book, A Most Remarkable Creature, Jonathan Meiburg follows their unusual evolutionary path across the continent and describes his encounters with these birds over the past 25 years. He joins us from his home in Texas to introduce us to some new feathered friends.